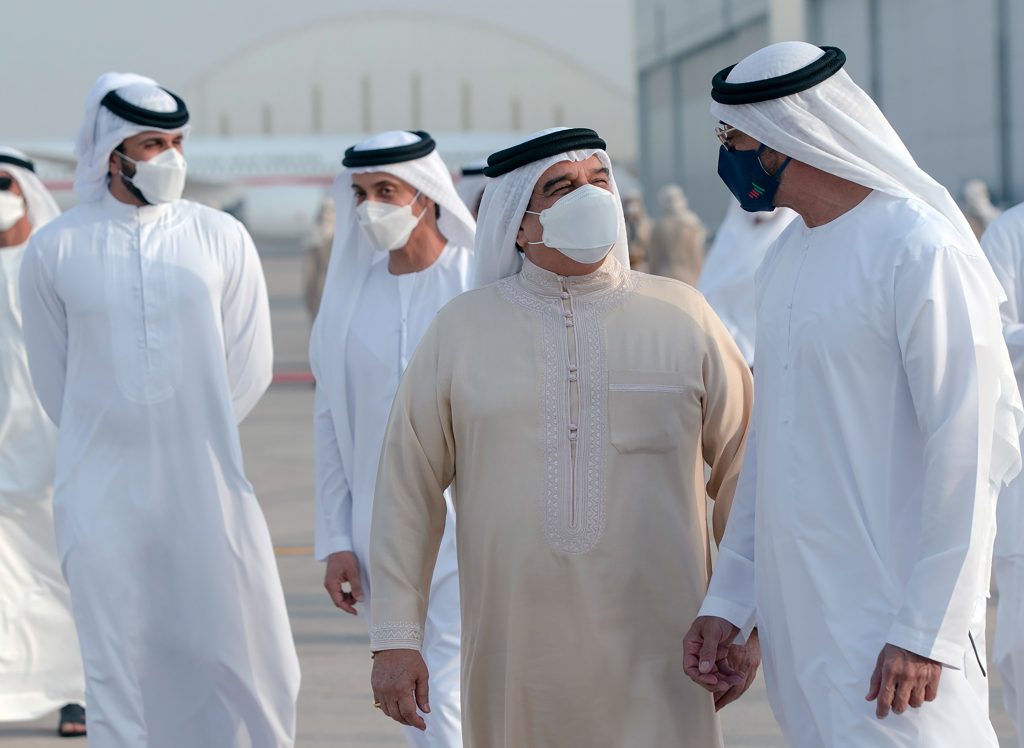 Senior officials from Manama, Abu Dhabi and Amman told Yisrael Hayom that the meeting focused mainly on consolidating a unified Arab front to contend with the Iranian threat to the region, as well as consolidating a strategy for working with the future U.S. administration. Joe Biden has made clear he intends to return to the 2015 Iran nuclear accord, a move that has raised concerns among Persian Gulf and moderate Sunni Arab states.

Jordan and Egypt have recently had their requests to join the Gulf Cooperation Council, of which Saudi Arabia, the UAE, Bahrain, Oman, Qatar and Kuwait are members, approved.

A senior Bahraini Foreign Ministry official told Yisrael Hayom that during the meeting in Abu Dhabi, the possibility was raised that Bahrain would act to renew negotiations between Israel and the Palestinian Authority. As part of these efforts, the Bahraini king proposed hosting a meeting of Israeli and Palestinian officials in the capital Manama in an attempt to revive the stalled peace process.

According to a senior Bahraini official, King Abdullah gave his blessing to the proposed Israeli-Palestinian summit in Bahrain, and emphasized to the Bahraini king and the UAE crown prince that Amman would do whatever it could to renew peace talks and restore Abu Dhabi’s and Bahraini’s ties to the Palestinians, which had been negatively impacted by the signing of the Abraham Accords.

On this front, Saudi Arabia’s Al Arabiya and Ramallah’s Shehab news agency reported that the Palestinian ambassadors to Bahrain and the UAE would be restored after they were called back over the two countries’ normalization of ties with Israel.

In a similar move, the PA also recently announced it would resume its security coordination with Israel. The PA halted coordination in May over Israel’s now-shelved plan to extend sovereignty to parts of Yehudah, Shomron and the Jordan Valley.

The survey also found that while 86% of Israelis support the Abraham Accords, there was far less support among all other countries.

The UAE and Bahrain had diverging opinions on the Abraham Accords and of Israel, with the UAE respondents reporting a 69% approval and Bahrain only a 46% approval.

Israel, in general, had the lowest favorability ratings, with 47% of respondents voting Israel as “unfavorable.”

The polls also showed that most countries believed that moving the U.S. Embassy to Yerushalayim two years ago diminished the chance for peace in the region. Additionally, there was no “best broker” found for Israelis and Palestinians, including the United States. Support for the Abraham Accords among Gulf states was minimal, and among these states, public support for the Palestinians remained high.