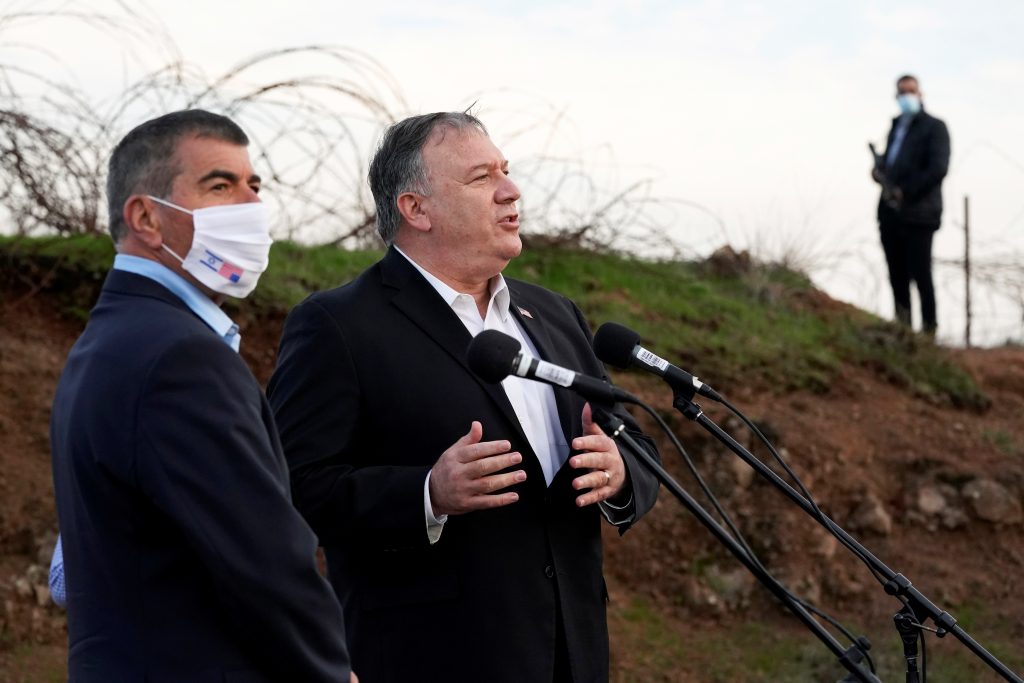 Secretary of State Mike Pompeo continued his precedent-setting trip on Thursday with a visit to the Golan Heights, where he affirmed U.S. recognition of the region as a part of Israel.

Pompeo proclaimed, “You can’t stand here and stare out at what’s across the border and deny the central thing that President Donald Trump recognized… This is a part of Israel.”

This marked the first time a U.S. secretary of state has visited the Golan, just hours after he became the first one to visit Yehuda and Shomron.

Pompeo dismissed what he described as calls from “the salons in Europe and in the elite institutions in America” for Israel to return the Golan, captured during the Six Day War.

“Imagine with [Syrian President Bashar] al-Assad in control of this place, the risk of the harm to the West and to Israel,” Pompeo said.