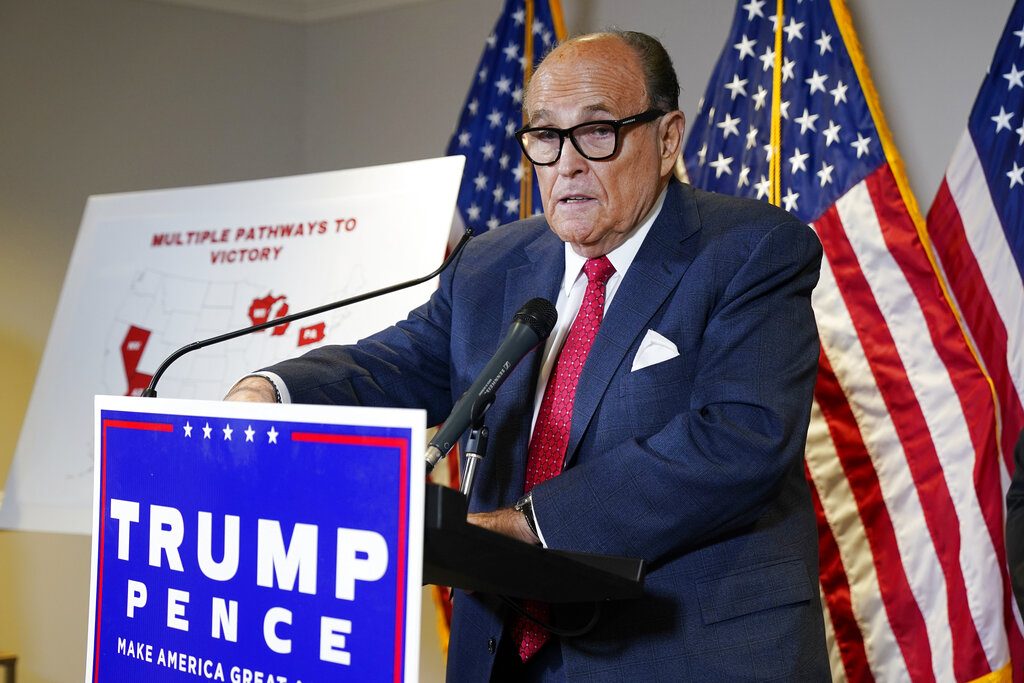 President Trump’s personal attorney Rudy Giuliani led an hour and a half long press conference claiming that his team would be taking legal action that would find voter fraud. He did not present evidence of the fraud he said they had found.

Giuliani, the former mayor of New York City, has been leading Trump’s attempts to overturn several states’ voting results to be more favorable to the incumbent.

With Joe Biden leading Trump by hundreds of thousands of votes in swing states, it is nearly impossible Trump will be able to find enough votes to overturn the election results to his favor. He has lost multiple legal challenges in vital swing states such as Pennsylvania, Michigan, and Wisconsin.

Powell said voting machines, manufactured overseas, could be hacked, and claimed that Venezuelan agents had tried to change the election results.

“I can prove [election fraud] to you 18 different ways,” Guliani asserted, but he did not reveal any bombshells at his conference.

Giuliani reiterated the allegations from current Trump campaign lawsuits, and claimed he had witnesses to election fraud who were staying anonymous out of fear of harassment.