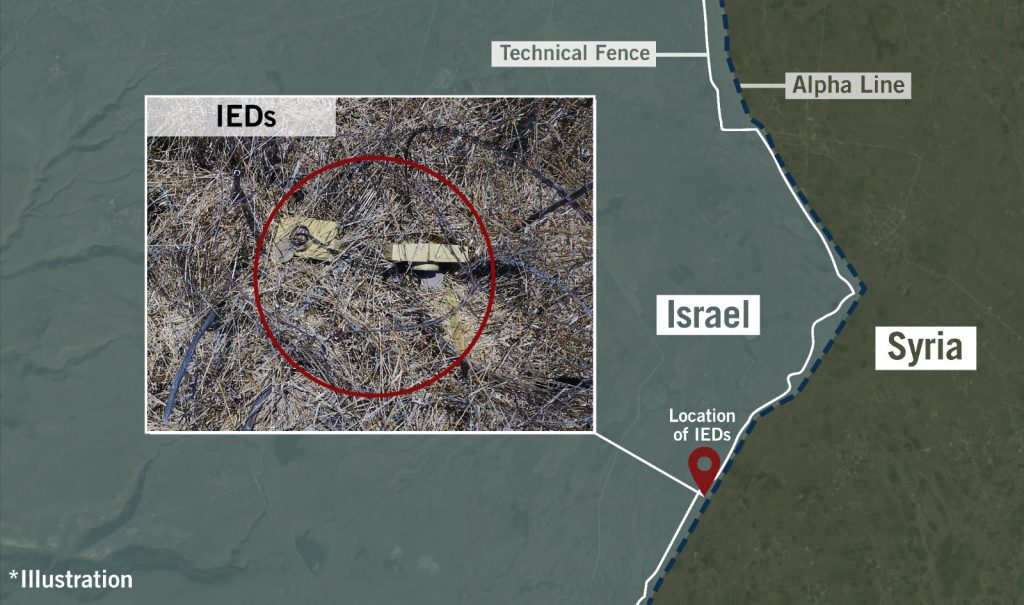 The IDF revealed Thursday that its intelligence had identified the terrorist cell behind the planting of anti-personnel mines and other improvised explosive devices (IEDs) on the Israel-Syria border in the Golan Heights as belonging to Iran.

Unit 840, which the Quds Force operates, is a relatively secretive operational unit, which is responsible, among other things, for planning and establishing terrorism infrastructure outside Iran against Western targets and opposition groups.

IDF Spokesman Brig.-Gen. Hidai Zilberman said that the devices were likely planted several weeks ago by local Syrians under the direction of the Iranian Quds Force.

He added that the IDF had been tracking the Quds Force for several months as they had been attempting to plant explosives at the border, including in August. In that instance, elite troops from the Maglan reconnaissance unit foiled the attempt and the four-member cell was killed when the IDF soldiers attacked them, supported by aircraft.

“We will not allow Iran to entrench itself in Syria,” the IDF said.

In response to the latest attempted attack, Israel carried out a wave of airstrikes that targeted sites from the Golan Heights to Damascus. Initially, the Syrian army reported that three of its soldiers were killed, although the final toll is thought to be higher.