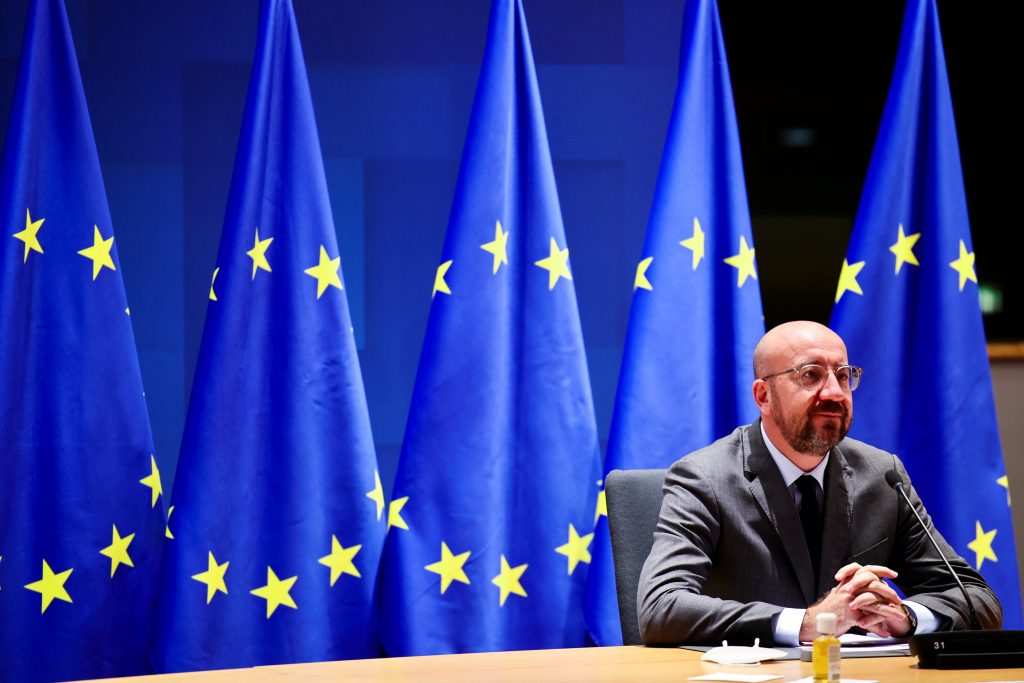 European Union leaders clashed briefly on Thursday over a veto by Poland and Hungary of the bloc’s 1.8 trillion euro plan to recover from the recession caused by the COVID-19 pandemic, but agreed in a virtual summit to allow more time for an agreement.

The veto is likely to delay hundreds of billions in EU funds at a time when the 27-nation bloc is grappling with a second wave of the coronavirus and its economy is likely to shrink in the last three months of the year in a double-dip recession.

Governments are desperate to get jointly borrowed EU money – the first-ever attempt by the bloc to borrow and spend together – to save businesses and jobs.

But Warsaw and Budapest have refused to back the financial plan for the whole EU, even though they are beneficiaries, because the money is conditional on respecting the rule of law.

Both countries are under EU investigation for undermining the independence of courts, media and non-governmental organizations, and with the condition in place they risk losing access to tens of billions of euros.

EU leaders meeting by video-conference on Thursday evening discussed the stand-off for less than half an hour, and – with no easy solution at hand – agreed that the dispute should be parked and handed to experts to find a way forward.

While the two eastern European countries refuse to support the financial plan with the rule of law condition, others, including the Netherlands and the European Parliament, refuse to accept it without it.

Both sides appeared to be digging in.

“There is zero chance for the EU budget or the rescue package to take effect in its present form,” Gergely Gulyas, the Hungarian prime minister’s chief of staff, told a briefing.

Poland’s lower house of parliament voted through a resolution supporting the government’s veto.

But a government spokesman left the door open for striking a deal, given that Poland alone would get more than 130 billion euros from the financial package.

Critics of Poland and Hungary were equally determined.

The European Parliament said in a statement it would not accept any dilution of a rule-of-law condition that had already been watered down from its original demands.

The financial package is made of a 1.1 trillion euro 2021-2027 EU budget and the 750-billion-euro recovery fund. Neither can be offered without the unanimous support of all EU governments and the European Parliament.

Paris has signaled the EU might move ahead with the recovery fund without Poland and Hungary under an EU “enhanced cooperation” law that allows a group of at least nine countries to pursue a joint project if others object.

The Netherlands has hinted at moving ahead with an intergovernmental treaty that would exclude Warsaw and Budapest.

Neither option would be optimal, diplomats said, as they would take time, which the EU does not have. They would also face problems setting up the joint EU borrowing mechanism that is the whole point of the current recovery fund, backed by the joint EU budget and new EU taxes that would pay it back.