World EU to Impose Belarus Sanctions, Including on Firms
World 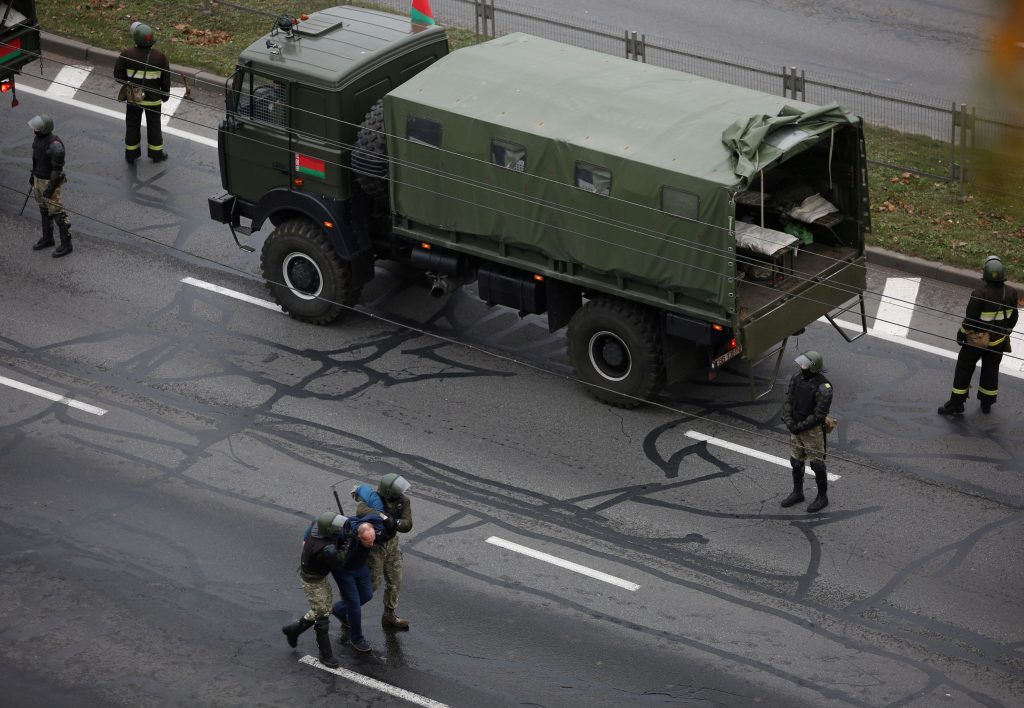 European Union foreign ministers agreed on Thursday to push ahead with a new round of sanctions on Belarus including on Belarusian companies, in response to state repression of pro-democracy protests, the EU’s top diplomat said on Thursday.

The EU has already imposed travel bans and asset freezes on almost 50 Belarusian officials in protest over an Aug. 9 presidential election the West says was rigged and over President Alexander Lukashenko’s violent crackdown on opponents.

The new sanctions are expected to target more senior officials and also entities that finance Lukashenko and his government, Joseph Borrell, the EU’s foreign policy chief, told a news conference.

“One day, we will exhaust the number of people that could be sanctioned. And now we have to go to more sensitive issues, which is sanctioning firms, which will affect the developing of the normal economic activity,” Borrell said.

Borrell said it was up to EU governments to propose companies to target and did not give any examples.

The EU, the largest donor of financial assistance to Belarus, sanctioned 40 Belarus officials on Oct. 2 and has since expanded the number targeted.

The EU has sought to promote democracy and develop a market economy in Belarus, but, along with the United States, accuses Lukashenko of staying in power by holding fraudulent elections, jailing opponents and muzzling the media.

Opposition leader Sviatlana Tsikhanouskaya, who fled to Lithuania after the election she says she won, urged EU leaders this week to impose “targeted financial sanctions against people … who are in the pockets of Lukashenko.”

German Foreign Minister Heiko Maas said before the EU meeting that more EU measures, such as sanctions, were necessary because “the Belarusian authorities are obviously not prepared to start a dialogue with the opposition.”

Police in Minsk used tear gas, rubber bullets and stun grenades to disperse tens of thousands of demonstrators last Sunday, on the 14th straight weekend of protests since the disputed election that Lukashenko says he won by a landslide.

Borrell said the EU was reviewing all its financial assistance to Belarus and none of its aid would be channeled through the government of Lukashenko, whom Brussels no longer recognizes as the legitimate president.

EU governments are looking for ways to increase pressure on the Belarusian leadership, which has the backing of Russia, to end its crackdown and talk with the opposition.

The death last week of a 31-year-old protester, after what demonstrators said was a severe beating by security forces, has further galvanized EU support for the Belarusian opposition.