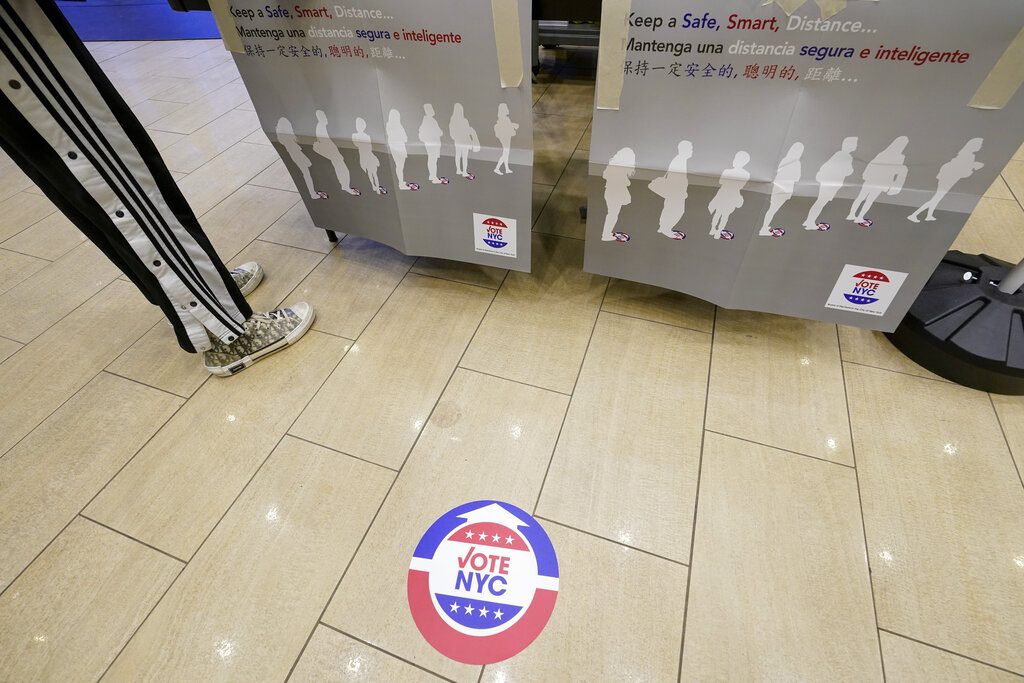 Democrat Jackie Gordon has conceded to Republican Andrew Garbarino in a closely watched battle to succeed a longtime Republican congressman in a swing district on Long Island’s South Shore.

Garbarino built a comfortable lead on Election Day. The Associated Press has not declared a winner because of the large number of absentee ballots cast in the race, but Gordon conceded on Wednesday in a statement posted on social media.

“I am deeply humbled by the support and encouragement we have received from voters who share our vision,” Gordon said. “Although we were not victorious, this race was historic for so many reasons.”

King, 76, announced last year that he would retire in January after 28 years in office rather than stand for re-election in the increasingly diverse, Democratic-leaning district.

A lifelong Long Islander, Garbarino, 36, has portrayed himself as a natural successor to King and was often accompanied by the retiring lawmaker on the campaign trail. He’s the son of a local party leader and runs a small law firm.

In a district that’s home to many police officers, Garbarino underscored his strong support for law enforcement.

Gordon emigrated to New York from Jamaica when she was seven. She served in the U.S. Army Reserves as a military police officer for 29 years, fought in Iraq and Afghanistan and retired in 2014 as a lieutenant colonel. She was also a school guidance counselor and served on the Babylon Town Council for 12 years.

At a candidate forum, Garbarino said he would push to nationalize the police training and standards used in New York City and on Long Island.

Garbarino also highlighted his track record of working with Democrats, who hold the majority in Albany, to secure funding for projects in his district.

In Congress, Garbarino said he would push for a new infrastructure spending bill, relief for small businesses battered by coronavirus and environmental protections for the island’s waterways.

On an issue that hit close to home for highly taxed Long Islanders, Gordon and Garbarino agreed that the $10,000 cap on deducting state and local taxes from federal income taxes should be scrapped.

National Democratic and Republican committees and other groups spent more than $10 million on the race, according to the Center for Responsive Politics, mostly on attack ads.

Democrats hold a slight registration edge in the district, but voters there supported President Donald Trump in 2016. King won his last election in 2018 by about 15,000 votes, his smallest margin of victory as an incumbent.