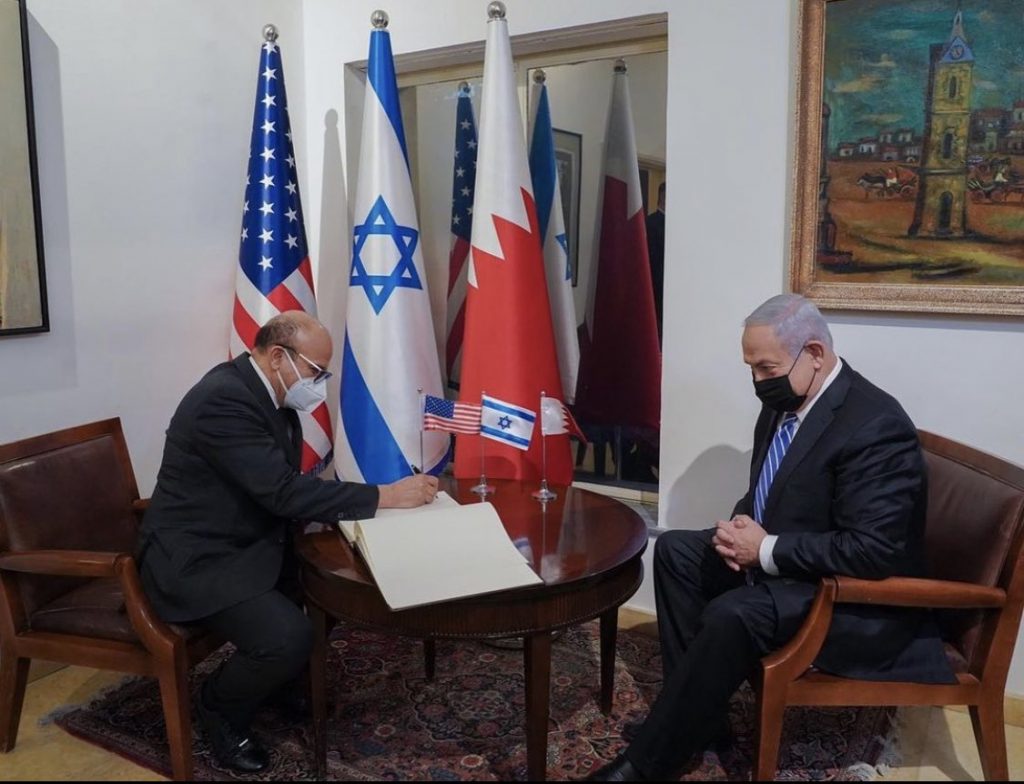 Bahrain’s Foreign Minister Abdullatif bin Rashid al-Zayani said that he expects the Biden administration to consult Bahrain and other Gulf countries before moving toward a new nuclear deal with Iran.

The point was made in al-Zayani’s interview with Axios’ Barak Ravid, taken during his historic visit to Yerushalayim and published Wednesday.

“The situation in the Middle East has changed in the last four years and the dynamics have changed,” the minister said.

“We are sure that the interest of the U.S. is to have a secure and stable region for all, and we hope Iran becomes a responsible regional citizen.”

He stressed any new agreement with Iran needs to deal not only with Iran’s nuclear program but also with its regional behavior and its ballistic missile program.

“Any nation concerned by Iran’s belligerence should, and will, make their case,” he said, saying Bahrain would voice its concerns to Washington, and other regional states would likely do so as well.

Israeli officials hope the normalization agreements with Bahrain and the UAE will allow the three countries to present a united line to the Biden administration — both in private and in public — on a new Iran deal.

Zayani said that he thinks the Biden administration will embrace the Abraham Accords process and potentially expand it. “We know it is not going to always be a smooth ride, but this train has left the station and we hope others will join,” he said.

He also denied that there was a crisis between Bahrain and the Palestinians over the normalization decision. He said the deal would allow Bahrain to “use our relationship with Israel to more effectively advocate for the Palestinian people” and a two-state solution.

On Wednesday, al-Zayani arrived in Israel, spearheading the first-ever Bahraini delegation to Israel, coming on the back of the historic normalization between the two states.

He had met with key Israeli leaders, including his counterpart Gabi Ashkenazi, Prime Minister Binyamin Netanyahu, as well as Secretary of State Mike Pompeo.

Biden has indicated he intends to return to the 2015 nuclear deal with Iran, which President Donald Trump withdrew from.