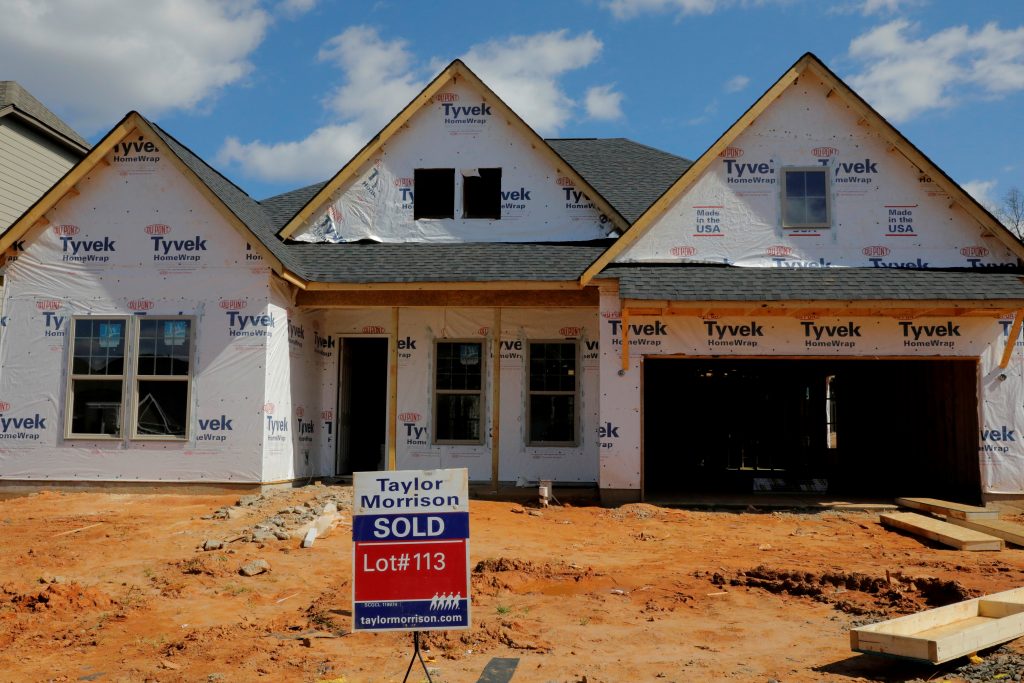 U.S. homebuilding increased more than expected in October, suggesting the housing market continues to be sustained by record low mortgage rates even as the economic recovery shows signs of strain amid a resurgence in new COVID-19 infections.

The report from the Commerce Department on Wednesday followed on the heels of data on Tuesday showing the smallest gain in retail sales in October since the recovery from the pandemic started in May. The economy is slowing as the boost from fiscal stimulus diminishes.

Housing starts rose 4.9% to a seasonally adjusted annual rate of 1.530 million units last month. Data for September was revised up to a pace of 1.459 million units from the previously reported 1.415 million.

Economists polled by Reuters had forecast starts would rise to a rate of 1.460 million units in October.

Groundbreaking activity increased in the West, South and the Midwest, but fell in the Northeast. Homebuilding surged 14.2% on a year-on-year basis.

Single-family homebuilding, the largest share of the housing market, raced 6.4% to a seasonally adjusted annual rate of 1.179 million units last month, the highest level since April 2007. Starts for the volatile multifamily segment were unchanged at a pace of 351,000 units.

The housing market has largely shrugged off a weak labor market, which has left more than 20 million Americans on unemployment benefits. The coronavirus recession, which started in February, has disproportionately affected lower-wage earners.

Companies are giving employees greater flexibility to work from home, leading to a migration from city centers to suburbs and other low-density areas, which is helping to underpin demand for housing.

Daily COVID-19 cases are exceeding 100,000 in the United States, forcing some authorities to impose new restrictions on businesses. There are fears that the resulting weakness in demand could unleash a fresh wave of layoffs that could reverberate across the economy and slow the housing market’s run.

For now, builders are taking advantage of the strong demand, lean inventories and low mortgage rates to ramp-up construction. A survey on Tuesday showed confidence among single-family homebuilders rose to an all-time high in November.

But builders said “lot and material availability is holding back some building activity.” The 30-year fixed mortgage rate is around an average of 2.84%, according to data from mortgage finance agency Freddie Mac.

Building permits for multifamily housing projects fell 1.6% to a rate of 425,000 units.