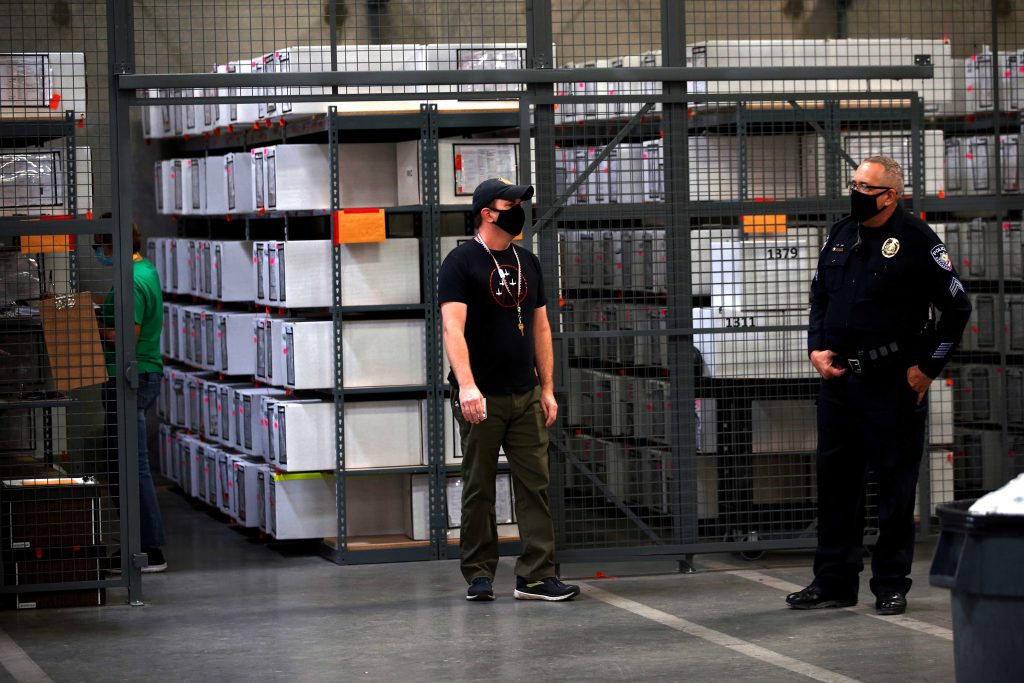 “Donald Trump won … after you account for the fraud and irregularities that occurred,” campaign attorney Jesse Binnall told reporters as he announced a new lawsuit asking a state judge to declare Trump the winner or to invalidate the presidential vote results.

State election figures show Biden with 50.06% of the vote, and 47.67% for Trump. Nevada’s 17 counties are in the process of finalizing results.

The new lawsuit, filed in Carson City, was assigned to Judge James Wilson Jr., who last month rejected Binnall’s bid on behalf of the Trump campaign and state Republican Party to halt the count of mailed ballots received in and around Las Vegas — a Democratic stronghold in an otherwise predominantly GOP state.

Wilson ruled that neither the state nor Clark County did anything to give one vote preference over another. Binnall appealed to the Nevada Supreme Court, but dropped that effort before ballot counting ended last week.

A hearing on the new case was not immediately set.

Time is short, with the state Supreme Court scheduled on Nov. 24 to certify the Nevada election as complete.

The Clark County Commission took steps to order a re-vote in a race where 10 votes separated two commission candidates. But six of the seven lawmakers signed off on the presidential election result.

A statement on behalf of Clark County and Gloria about the new legal filings noted that similar arguments failed to convince judges in other cases to stop the count of mailed ballots.

“The complaints … misstate and misrepresent evidence,” county spokesman Dan Kulin said in the statement, “and parrot erroneous allegations made by partisans without firsthand knowledge of the facts.”

A new filing Monday in state court in Las Vegas alleges voter fraud and seeks an order to block statewide certification of the election. The judge, Rob Bare, refused in September to block the mailing of ballots to every active registered voter in the state.

Bare removed himself from the case Tuesday, citing his re-election loss on Nov. 3. A hearing is scheduled Wednesday.

“We think the election has been stolen here and in many other states,” said Joel Hansen, the attorney handling the case for Sharron Angle and her Election Integrity Project of Nevada.

Republican Secretary of State Barbara Cegavske issued a statement characterizing her role as ministerial and saying the governor, not the secretary of state, has final authority for election results.

Angle, of Reno, is a former Republican state lawmaker who made an unsuccessful 2010 run for Senate against Democrat Harry Reid.

The new court cases came with two other active lawsuits pending in Nevada relating to the election.

A public records case in state court is expected on Friday to provide to the Trump campaign and the state GOP information about more than 300 people who were hired to count ballots in Clark County.

A federal court action filed Nov. 5 by a count-watcher, a voter and two Republican congressional candidates alleges ineligible votes were cast in the Las Vegas area. That case is pending in U.S. District Court in Las Vegas, with written filing deadlines set but no hearing scheduled.