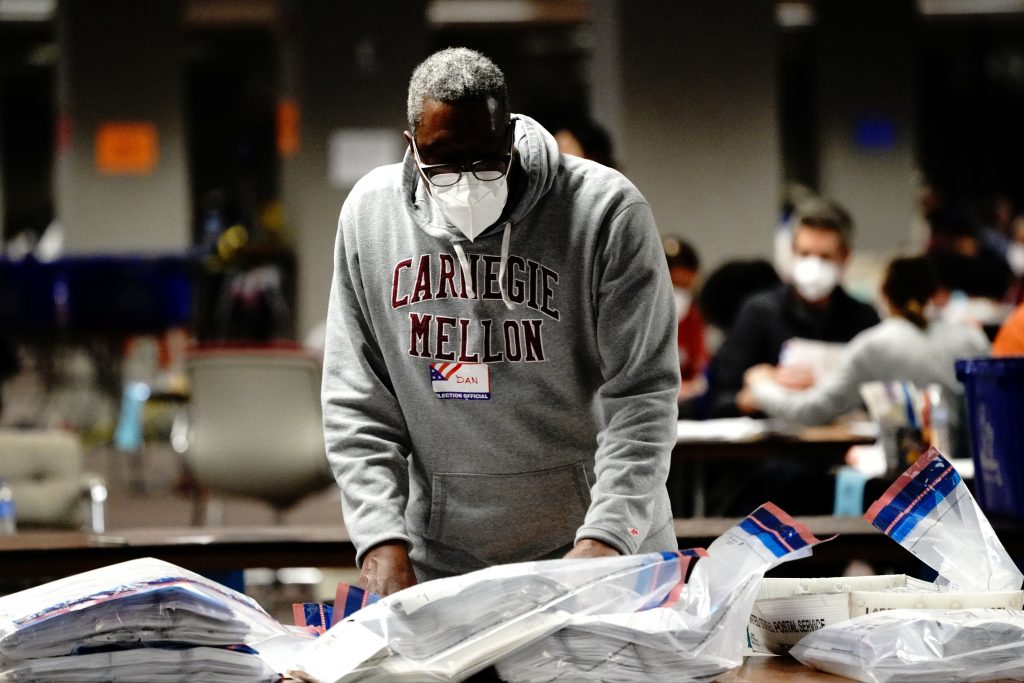 President Donald Trump’s re-election campaign said on Wednesday it was seeking a partial recount of Wisconsin’s presidential election results, as part of its long-shot attempt to reverse Joe Biden’s victory.

Election officials in Wisconsin, as well as in Georgia, said recounts in those states were very unlikely to reverse Trump’s losses.

Trump has refused to concede the Nov. 3 election.

Trump claims that he was cheated out of a victory by widespread fraud and has fired off a flurry of lawsuits that judges have mostly rejected.

To remain in office, Trump would need to overturn results in at least three states to reach the threshold of 270 electoral votes.

His campaign on Wednesday transferred $3 million to Wisconsin to cover the costs of recounting votes in Milwaukee and Dane counties, two heavily Democratic areas, less than the $7.9 million it would have cost for a full statewide recount.

Dane County Clerk Scott McDonell said a recount would start on Friday and finish within days. Only a few hundred votes changed in the county’s recount after the 2016 presidential election, he said.

“My guess would be that by focusing on Dane and Milwaukee the end result will be that Biden will have a slight increase in votes, but nothing terribly significant – certainly nothing anywhere near what would be required for changing the outcomes,” McDonell said.

The president is clinging also to hope that a manual recount ordered by the state of Georgia can erase Biden’s 14,000-vote lead there.

States face a Dec. 8 deadline to certify election results in time for the official Electoral College vote on Dec. 14.

Congress is scheduled to count the Electoral College votes on Jan. 6, which is normally a formality. But Trump supporters in the Senate and House of Representatives could object to the results in a final, long-shot attempt to deprive Biden of 270 electoral votes and turn the final decision over to the House.

Trump on Tuesday fired the top U.S. cybersecurity official, who had irked Trump by refusing to support allegations of election fraud.

Chris Krebs was removed as head of the Department of Homeland Security’s Cybersecurity and Infrastructure Security Agency. His work in protecting the election from hackers and battling disinformation about the vote won praise from lawmakers of both parties, as well as election officials around the country.

At a federal court hearing in Pennsylvania on Tuesday, U.S. District Judge Matthew Brann appeared skeptical of Trump’s request to block officials from certifying Biden’s win in that state by more than 80,000 votes.

“At bottom, you are asking this court to invalidate 6.8 million votes, thereby disenfranchising every single voter in the Commonwealth [of Pennsylvania],” Brann said. “Can you tell me how this result can possibly be justified?”