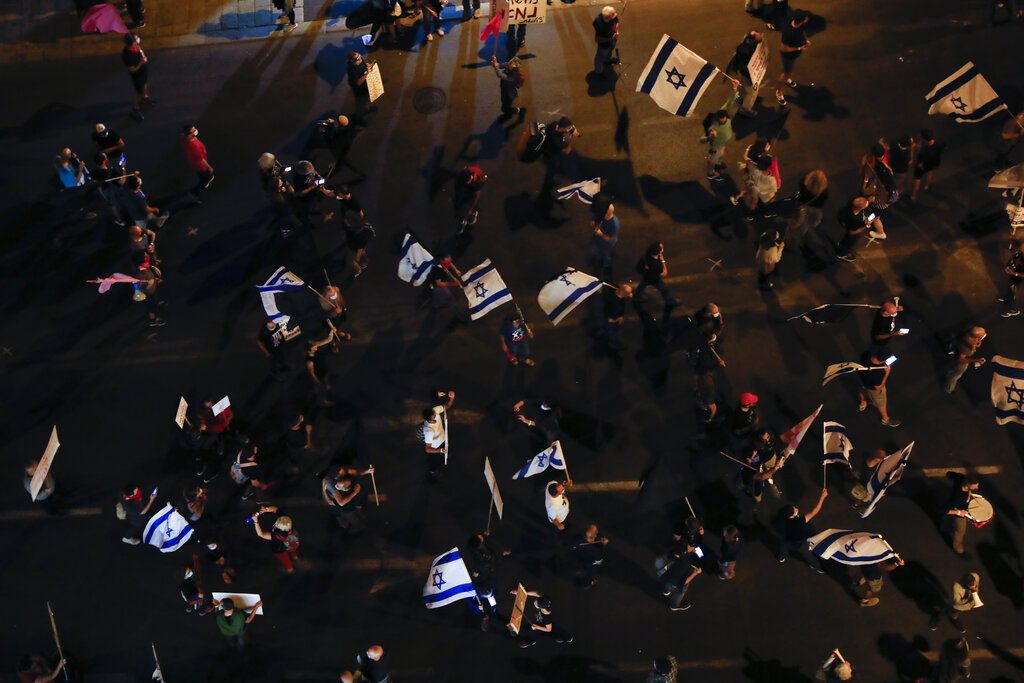 A group of supporters of Prime Minister Binyamin Netanyahu‏‏ were the subject of official condemnation on Wednesday for staging an angry, insult-filled protest outside the home of a family who lost a son in the Second Lebanon War in 2006.

The demonstrators were expressing their anger at the family of Capt. Tom Farkash Hy”d for allowing left-wing activists to hold demonstrations on the roof of their house, which is located near Netanyahu’s home in Caesarea.

Protesters were reported shouting insults at the family, saying “just because you lost a son doesn’t give you the right [to host protesters]” and “as long as you host anarchists on the roof of your home, we won’t give you the freedom of speech you are used to.”

The Likud party disavowed any connection with the protest. “As someone who has himself experienced the agony of loss, Prime Minister Netanyahu has been careful his whole life to respect the sense of loss of families of the fallen, and that is how everyone should act – from the Right and the Left,” the Party said in a statement Wednesday afternoon, according to Walla News.

“The Prime Minister strongly condemns any statement that is connected to loss, including the types of statements made in Caesarea.”

Knesset Speaker Yariv Levin (Likud) said that “the protesters’ shouts directed at the Farkash family deserve all condemnation. This is not the way of the Likud movement, nor the way of the right-wing camp.”

Opposition leader Yair Lapid tweeted that “the ugly attack of Netanyahu supporters on the family of Capt. Tom Farkash z”l is a new and disgusting low. We must stop the violent discourse that is tearing us up within. I call on Netanyahu to strongly condemn this ugly attack.”

Subsequently, Ephraim Griff, who had participated in the demonstration, apologized. “These aren’t things that should be said to the family of a fallen soldier, I’m sorry,” N12 reported.

“We are human beings and we make mistakes,” he added. “This shouldn’t have happened.”