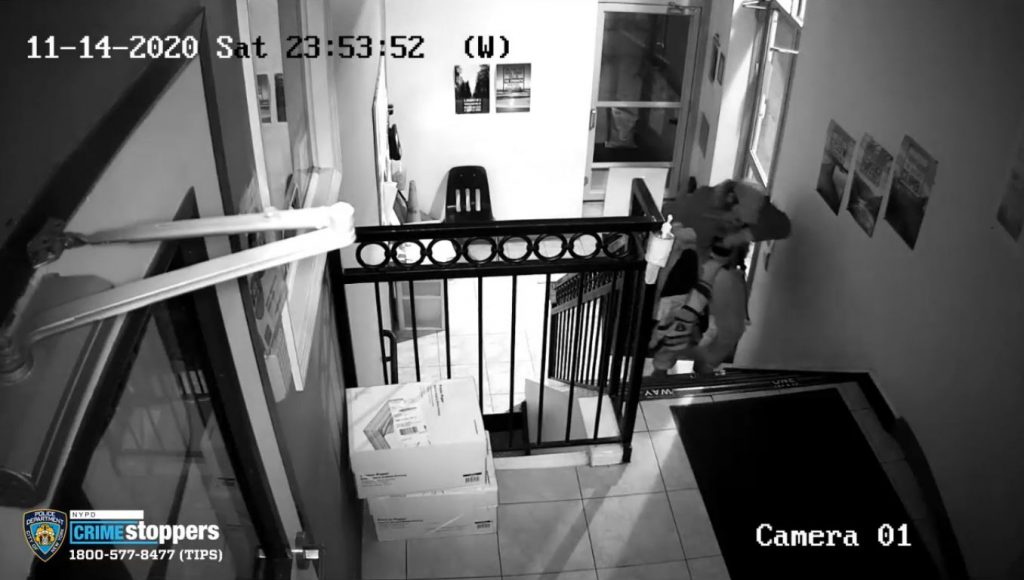 The New York City Police Department is asking for the public’s assistance in ascertaining the whereabouts of an unidentified male who is seen in the attached video and is sought in connection with a burglary within the confines of the 66th Precinct.

It was reported to police that on Friday, November 13, at 11:53 p.m., an unidentified male gained entry via the front door to the HASC Center located at 4201 Fort Hamilton Parkway. Once inside, he removed two iPads, an iPad charger and a safe that contained $600. The unidentified male then fled.