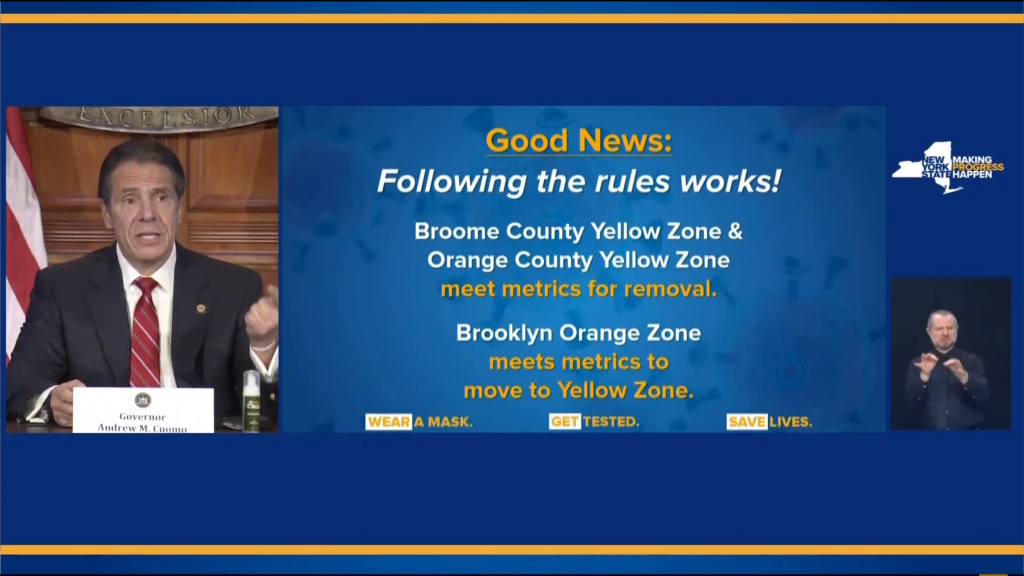 The New York City public system will be closing, multiple outlets reported, as the city grapples with a rise in coronavirus cases.

Mayor Bill de Blasio was expected to make the announcement regarding New York City public schools at a press conference, but he was late and news outlets broke the story online beforehand. According to city officials, the city’s 7-day rolling average is 3%, the threshold that would prompt public school closure.

“We will get students back in buildings as soon as we can safely. this is our number one priority,” said Carranza. He noted that school is still in session, albeit remotely and virtually.

Free meals will still be available for students, and can be picked up along with school materials from the school buildings.

The public schools will be closed at least through Thanksgiving. For children to return to school, when they reopen, they are required to bring a permission slip that their guardian allows them to get tested in school.

For now, Brooklyn will be moved to yellow zone status as coronavirus numbers in the borough go down. The Queens yellow zone has expanded to include Astoria. Parts of western New York State that were in a yellow zone have been upgraded to orange zones.

If New York City’s positivity rate hits 3%, Cuomo warned during his press conference, the city will move to an orange zone and face restrictions. According to state government numbers, New York City’s current 7-day rolling average is 2.5%. New York State’s 7-day rolling average is 2.88%. The city’s numbers and the state number’s have not matched up throughout the pandemic, though there is not a dramatic difference between the two.

In an orange zone, houses of worship can open at one-third capacity, with 25 people maximum.

Mass gatherings can have a maximum of ten people, regardless of if it takes place indoors or outdoors.

High-risk nonessential businesses such as exercise gyms and salons are closed.

Restaurants can offer only outdoor dining, with a maximum of four people per table.

Schools would be expected to close at first, but if schools can prove they are rigorously testing and cleaning, they can reopen after the initial closure.

Cuomo urged families to not travel and gather for Thanksgiving and risk spreading the coronavirus. “I love you so much, and I’m so thankful for you, that I’m not going to see you,” he said, referring to his own refusal to have his elderly mother over for the holiday weekend. “My advice on Thanksgiving,” he said bluntly, “don’t be a turkey.”