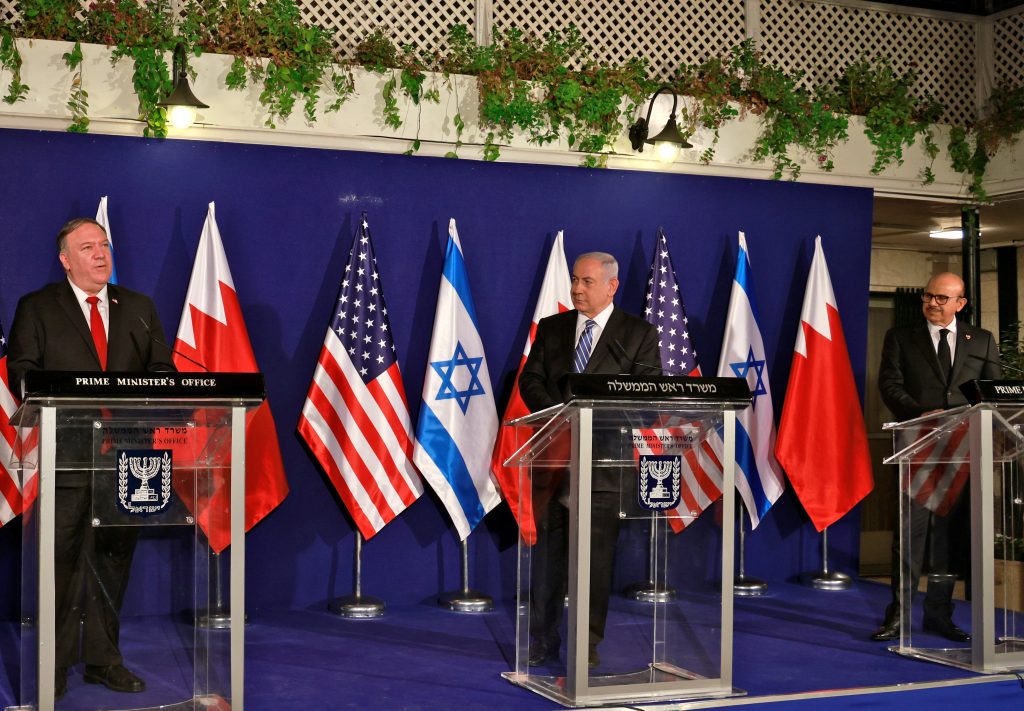 Netanyahu said that Israel and Bahrain “have had many contacts over the years, but very frankly this day would not have happened, these Abraham Accords would not have been signed, without President Trump’s crucial support and leadership.”

He asked that Pompeo convey to Trump “my deep appreciation and the appreciation of our grateful nation for all he and his administration have done for the State of Israel and for peace. I don’t say that as lip service. Unwavering friendship — constant at all times,” he added.

It marks the first-ever visit of a Bahraini minister to Israel. His Israeli counterpart, Gabi Ashkenazi is set to make a reciprocal visit early next month.

Ashkenazi said the two countries plan to open embassies in each other’s countries as soon as possible. “I hope that by the end of the year we will be able to hold ceremonies to mark their openings,” he said.

The Bahraini guest confirmed the plan. “I was pleased to convey to Minister Ashkenazi the Kingdom of Bahrain’s formal request to open an embassy in Israel, and to inform him that Israel’s reciprocal request for an embassy in Manama has been approved,” Abdullatif bin Rashid Al-Zayani said. “This is a process which I hope can now move forward relatively quickly.”

He also announced that Bahraini citizens will be able to apply online for visas to Israel starting December 1.

“We will soon start direct flights between our countries allowing our citizens to visit and learn more about our wonderful countries,” he added. “Israeli and Bahraini businessmen and investors will sit together and find ways to cooperate and build partnerships that will bring prosperity to our countries.”

An E-visa system is set to start up on Dec 1 to facilitate travel between the two countries, Bahrain’s foreign minister said on Wednesday, anticipating 14 weekly flights between the Gulf kingdom and Tel Aviv.