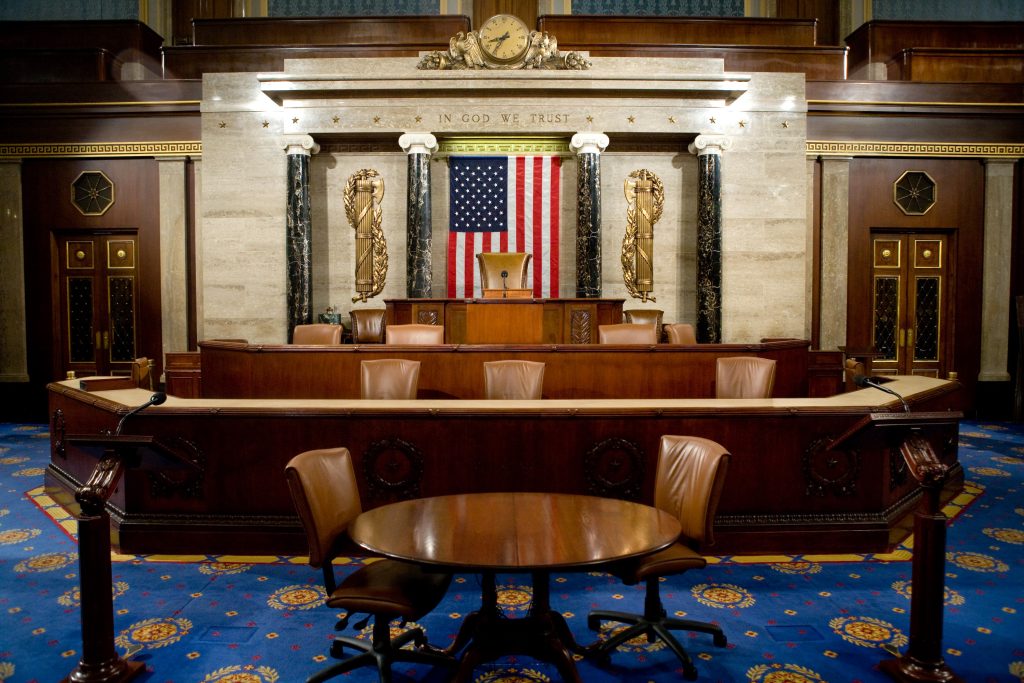 House Democrats nominated Nancy Pelosi on Wednesday as the speaker to lead them into Joe Biden’s presidency, and shortly afterward she seemed to suggest that these would be her final two years in the post.

Democrats, scattered around the country, used a voice vote to pick Pelosi to guide a smaller and ideologically divided House majority in shepherding Biden’s agenda toward enactment. It was the party’s first virtual leadership election, a response to the coronavirus pandemic.

At a news conference afterward, Pelosi, D-Calif., came close to affirming that these next two years leading the House would be her last.

Asked about her longevity, she cited her statement two years ago when she said she’d abide by a move to limit her speakership then to four more years.

“I don’t want to limit any leverage I may have, but I made the statement,” Pelosi, 80, told reporters Wednesday. Even so, she stopped short of explicitly saying these would be her final two years in the post.

“The theme, I think, of what we do next has to be about justice” in the economy, health care and policing, Pelosi told her colleagues after the vote, according to a transcript released by her office.

Underscoring Pelosi’s emphasis on inclusiveness, five of the seven Democrats who’d planned to deliver speeches backing her candidacy were women. They included congresswoman-elect Nikema Williams, who won the Atlanta-area district represented by Democratic Rep. John Lewis, the civil rights champion, until his death in July.

Pelosi has won wide acclaim among Democrats as a leading foe of outgoing President Donald Trump in battles over impeachment, immigration and health care. She’s given as good as she’s gotten from the insult-prone Republican president, sometimes directly to his face, prompting him to call her “Crazy Nancy”.

But with some votes still being tallied in this month’s elections, 10 incumbent House Democrats have been defeated, dashing expectations of adding seats and damaging party morale. Democrats were on track to have perhaps a 222-213 majority, one of the smallest in decades.

This has sparked finger-pointing, with progressives saying the party failed to adequately win over minority and young liberal voters. Moderates say that they were hurt by far-left initiatives like defunding the police and that Pelosi should have struck a pre-election stimulus deal with the White House.

Besides bitterness over their election setback, many Democrats continue calling for fresh leadership. Pelosi and Hoyer have been No. 1 and 2 House Democrats since 2003, while Clyburn rose to the No. 3 ranks in 2007. Pelosi and Clyburn are 80, Hoyer is 81.

Pelosi’s reelection by the House would give her a seventh and eighth year as speaker. She served the first four during the 2000s until Republicans recaptured the House majority in the tea party election of 2010, a conservative uprising that presaged the rise of Trump.

In one indication of her strength, one conservative Democrat who’s opposed Pelosi before said he expected her to be reelected and said he might support her this time.

“I think she gets it,” Rep. Kurt Schrader, D-Ore., who said he’s spoken to Pelosi about the need for a moderate agenda, said in an interview. “She may be the bulwark against the extreme far-left.”

Schrader said far-left progressives have been “toxic to our brand” by favoring policies he said cost jobs. “We can’t continue to talk down to people and only talk about identity politics,” he said.

When the House elects its new speaker, Pelosi will need the majority of votes cast by both parties. Since nearly all Republicans are expected to back their leader, Rep. Kevin McCarthy, R-Calif., Pelosi can afford to lose only a few Democrats.

When Pelosi nailed down the support she needed to become speaker in 2018, she said she’d agreed to a proposal limiting her to serving in the job only through 2022. Several lawmakers and aides said memories of that commitment could lessen her opposition this time.

Also potentially helping Pelosi is the decision by Rep. Cheri Bustos, D-Ill., to step aside as chair of House Democrats’ political arm.

Some Democrats have faulted the Democratic Congressional Campaign Committee for insufficiently protecting moderate Democratic incumbents from swing districts. They’re also unhappy that the committee did not detect the huge numbers of GOP voters Trump drew to the polls — which was missed by Republican and pollsters alike.

When Democrats won back the House in 2018, 32 of them voted against Pelosi’s nomination as speaker. But that was a larger majority than this one, giving her more margin for error then.

By the time the full House elected her in January 2019, she’d whittled down her opposition and just 13 Democrats voted against her or voted “present.”

Of the 13 Democrats who opposed Pelosi in 2019, two have been defeated and one, Rep. Jeff Van Drew of New Jersey, became a Republican. That leaves 10 Democrats who voted against her, though another, New York’s Anthony Brindisi, may still lose his election.