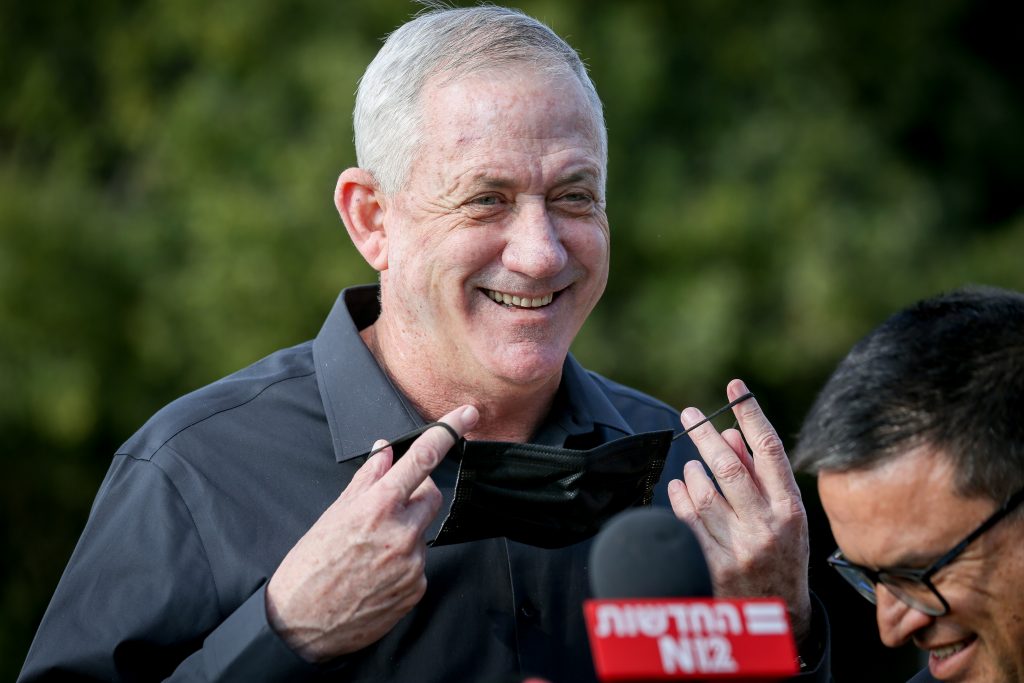 Defense Minister Benny Gantz on Wednesday called for a resumption of peace talks with the Palestinians following their decision to resume security cooperation with Israel.

Gantz revealed that he had a hand in the cooperation effort:

“Over the past few weeks I dedicated considerable efforts to renewing the security cooperation with the Palestinians. Yesterday, after weeks of disconnect, Coordinator of Government Activities in the Territories Maj. Gen. Kamil Abu Rukun informed me that the Palestinian Authority was interested in restoring them,” Gantz said, according to The times of Israel.

“Coordination is a shared interest, beneficial to the security of Israel’s citizens, and critical to the welfare and economic well-being of the Palestinians. Over the coming days, we will get working procedures in place to support the resumption of coordination,” he added.

The PA had severed cooperation in May in retaliation for Israel’s declared intentions to annex parts of Yehuda and Shomron, which has since been suspended indefinitely.

Seeing the development as an opening to wider progress, Gantz said:

“I, once again, call upon the Palestinian leadership to get back to the negotiating table, which is both a primary Israeli security interest and the most promising route to a more stable and prosperous future for our region,” he said.

“Our door is open to renewing negotiations and I urge the Palestinians to step through this door with no preconditions,” Ashkenazi said during a meeting earlier Wednesday with his Bahraini counterpart Abdullatif bin Rashid Al-Zayani, who also called for renewed peace talks.

The renewal of cooperation also apparently indicates that Ramallah will again accept tax revenues which Israel collects on its behalf. The so-called “clearance revenues” constitute around 60 percent of the PA’s budget. Ramallah had refused the tax transfers in late May, also in protest of annexation.