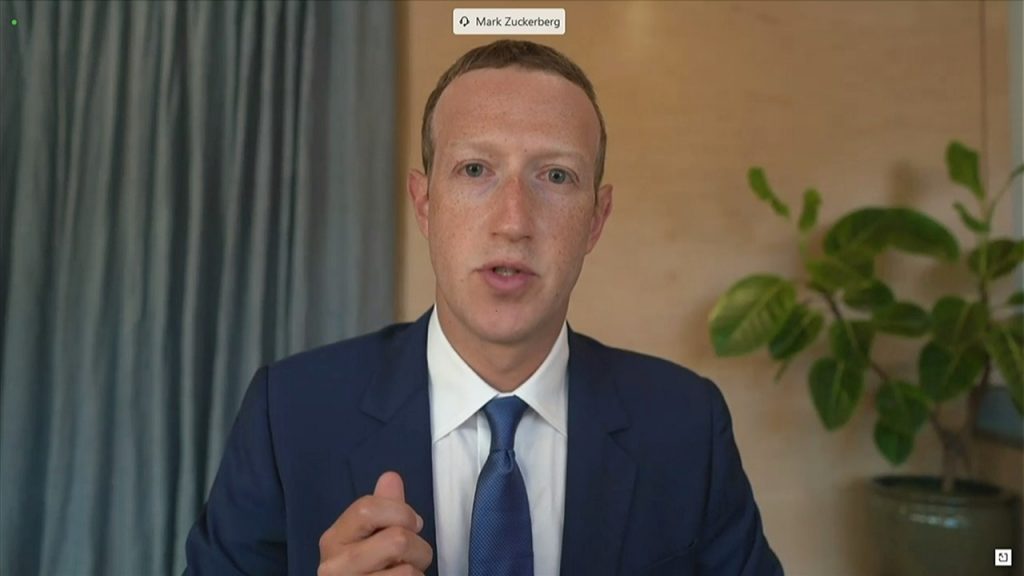 Tech CEOs can expect more demands to appear on Capitol Hill in the next Congress.

The one sure takeaway from Tuesday’s hearing featuring two of Silicon Valley’s biggest heavyweights is that Washington’s scrutiny of Big Tech isn’t going away anytime soon, no matter which party controls the Senate in January.

Republicans and Democrats on the Senate Judiciary Committee signaled they want Facebook’s Mark Zuckerberg and Twitter’s Jack Dorsey back in the hot seat next year – along with executives from Google and Amazon. (Amazon founder and chief executive Jeff Bezos owns The Washington Post.) They called for greater regulatory action on Silicon Valley, as they escalated their criticism of tech giants and the myriad ways their power influences American society and politics.

“The bottom line is we want to make these platforms better,” said the committee’s chairman, Sen. Lindsey O. Graham (R-S.C.). “We want to continue to grow this part of our society responsibly, and right now without regulation or lawsuit, it’s becoming the Wild Wild West. ”

But the hearing crystallized familiar impediments to Washington’s years-long push to crack down on the tech industry.

The hearing reflected the broader partisan divisions in the nation following a contentious election during which Silicon Valley has been tested in unprecedented ways by President Trump’s use of social media as a megaphone for allegations of election fraud. Republicans used the hearing to charge tech companies with going too far in moderating content, accusing them of silencing conservative voices. Meanwhile, Democrats argued the companies haven’t gone far enough and questioned the efficacy of the companies’ recent interventions.

“This hearing is a transparent attempt by my Republican colleagues to work the refs,” Hirono said. “And unfortunately in my view it is working.”

Tuesday’s showdown was also more disorganized and unfocused than previous hearings like it. Senators from both parties frequently exceeded the seven-minute limit they were given for questioning, and they jumped from election misinformation to antitrust issues to tech addiction.

Republicans and Democrats homed in on reforming Section 230 of the Communications Decency Act.

The decades-old law shields companies from lawsuits for posts, photos and comments that users share on their services. But it’s unclear how lawmakers would overhaul it to address the political parties’ polar-opposite criticisms of the tech giants.

Tech executives expressed openness to overhauling Section 230, with a focus on transparency. Zuckerberg recommended that any new regulations should require companies to issue transparency reports about the results and efficacy of their content-moderation systems.

“That way, the people who are responsible for holding all of us accountable – whether it’s journalists, Congress, academics – could have an apples-to-apples comparison of how all the other companies are doing, and potentially as part of a law require companies maintain a certain level of effectiveness,” Zuckerberg said.

Dorsey reiterated previous suggestions, including giving people greater control over what algorithms are driving the flow of tweets they see in their feeds on the platform. Already, Twitter allows users to choose whether they want to see tweets in chronological order, or those that Twitter’s algorithms determine are most relevant to them.

Lawmakers circled around issues about how tech companies handled misinformation during the election. But they gained little new data about whether the many interventions deployed by such platforms were effective in stopping the spread of falsehoods and other inflammatory content.

In one of the most substantive exchanges, Sen. Patrick J. Leahy (D-Vt.) asked both Dorsey and Zuckerberg whether they had conducted a postmortem of their actions. Dorsey and Zuckerberg both said they have plans to do so and will allow some academics to have access to their companies’ information to do independent analyses.

“We have taken action on tweets from leaders all around the world, including the president,” Dorsey said in response to Republican questioning about fact-check labels.