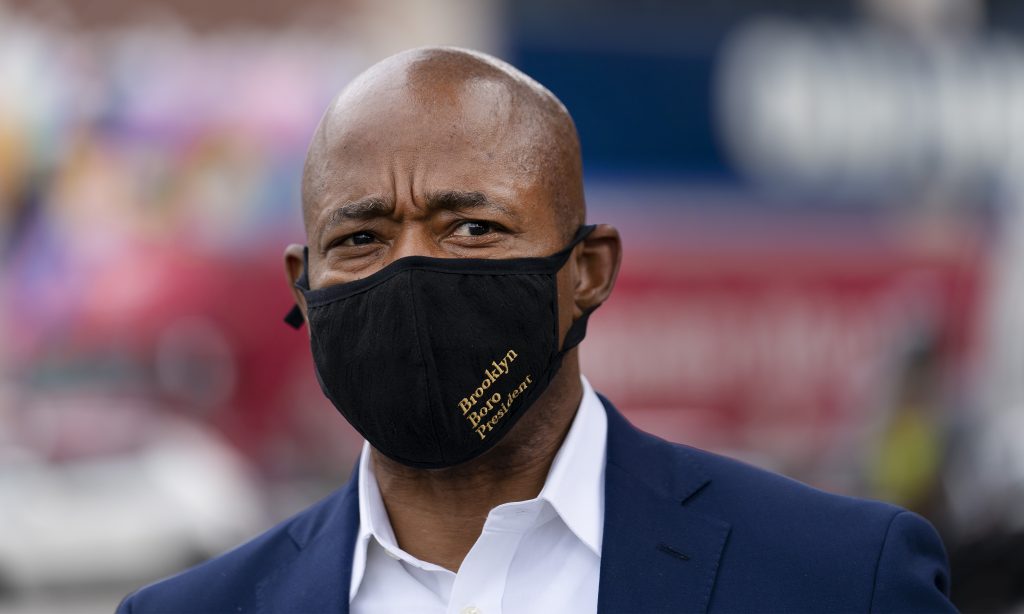 In a campaign video released late Tuesday, Adams, a 22-year veteran in the New York City Police Department, began by addressing his own experience with police brutality as a teen growing up in South Jamaica, Queens. He recalled getting beat up by a police officer who arrested him and his brother, when he was just 15 years old.

“That was a dark place. My life could have gone a different way, full of bitterness, but I had people who loved me and a determination to change things,” Adams said in the video. “So I became a police officer, to bridge the gap between us, to make us all safer and to take on systemic racism from within.”

After a long career in uniform, he was elected as a New York State Senator in 2006. He was re-elected again two years later to represent the neighborhoods of Boro Park, Crown Heights, Flatbush, Park Slope, Prospect Heights, Sunset Park and Windsor Terrace.

In 2013, Adams became the first person of color to serve as Brooklyn’s borough president. He’s currently serving his second term in the role.

Adams will seemingly make fighting police brutality an important plan of his run, based on the video released Tuesday.

In an interview with Hamodia, Adams declared that while he was proud of the protesters voicing their protest over the death of George Floyd, he condemned their use of violence.

NYC Comptroller Scott Stringer is among those who have formally announced his mayoral candidacy. Others who have announced their intention to run include Maya Wiley, a former de Blasio counsel and former board chair of the NYC Civilian Complaint Review Board, and Loree Sutton, formerly the U.S. Army’s highest-ranking psychiatrist and former Commissioner of the city’s Department of Veterans’ Services, a position she was appointed to by de Blasio.

Other candidates who have yet to make a formal announcement but are expected to announce a run soon include former sanitation commissioner Kathryn Garcia, former Bloomberg and Obama administration official Shaun Donovan, and nonprofit executive Dianne Morales.

Incumbent de Blasio is unable to run for a third term because of term limits. Next year will be the first mayoral election in New York City where ranked-choice voting is used in the primaries.