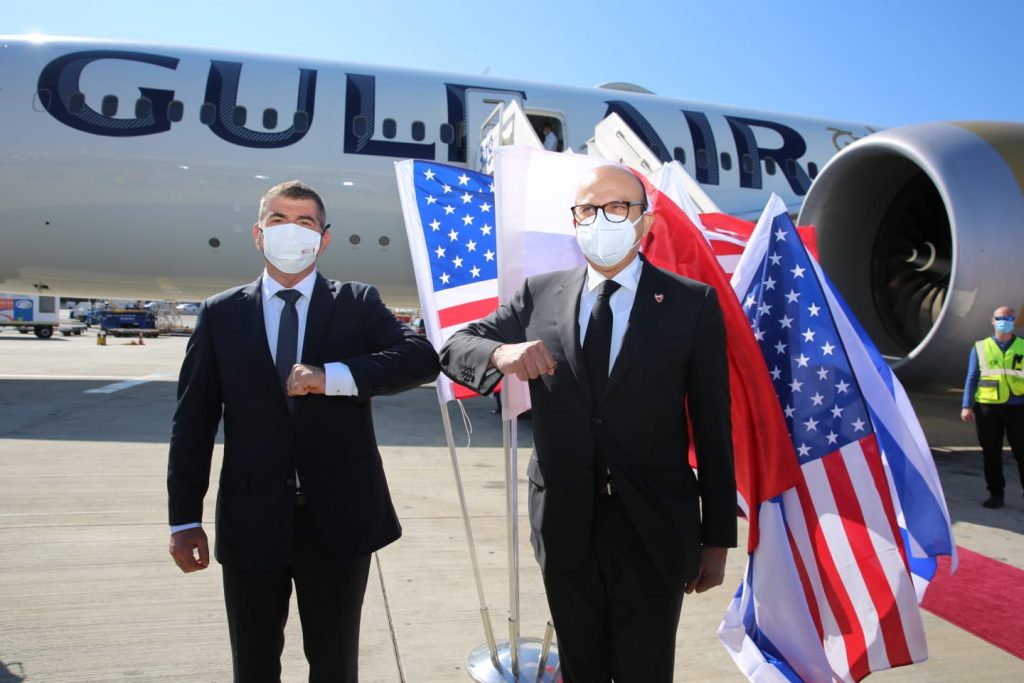 Bahrain sent its first official government delegation to Israel on Wednesday as the two countries look to broaden cooperation that Washington has promoted as an anti-Iran alliance and potential economic bonanza.

Al-Zayani was due to meet Prime Minister Binyamin Netanyahu and U.S. Secretary of State Mike Pompeo in Yerushalayim.

Israel‘s Foreign Ministry director general Alon Ushpiz told Army Radio that the officials would continue work on the memorandum of understanding signed in October in Manama covering air travel, visa accommodations and the opening of embassies.

Leading the U.S. delegates, President Donald Trump’s Middle East envoy, Avi Berkowitz, was also on the flight which flew over Saudi Arabia, an accommodation by the Gulf’s powerhouse, which has so far resisted U.S. appeals to normalize ties with Israel.

Since September, the Trump administration has brokered agreements with Bahrain, the United Arab Emirates and Sudan toward normalizing their relations with Israel in a strategic realignment against Iran.

The shift has enraged the Palestinians who have demanded statehood before any such regional rapprochement.

Although White House officials have said more countries are considering normalizing ties with Israel, further developments appear unlikely before Joe Biden is set to take office and establishes his administration’s policy on Iran.