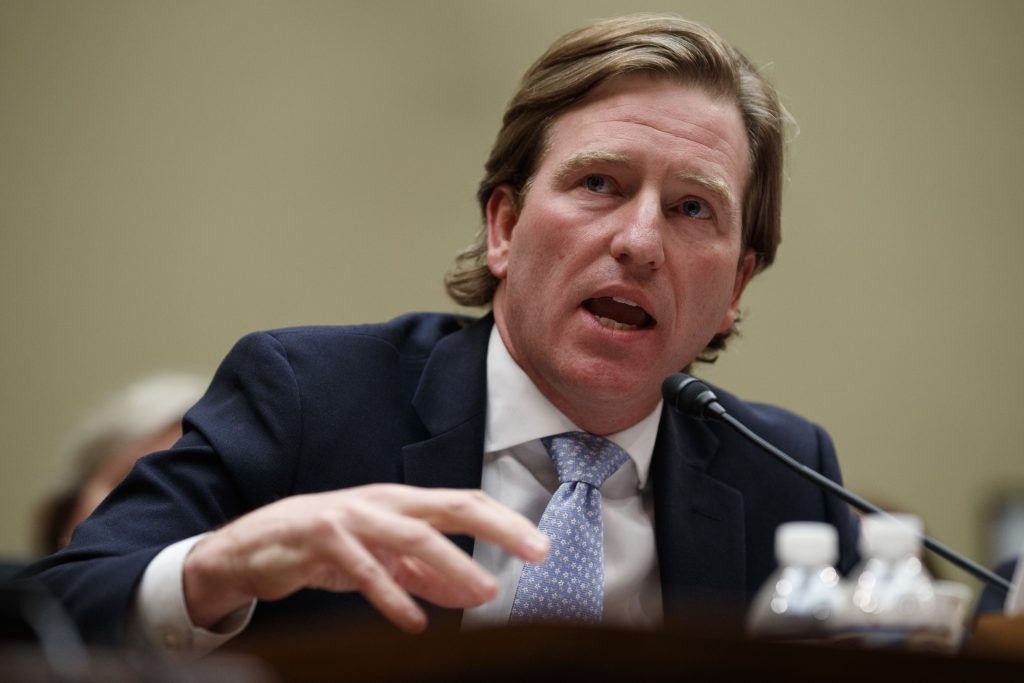 President Donald Trump on Tuesday fired a top Department of Homeland Security official who led the agency’s efforts to help secure the election and was vocal about tamping down claims of ballot fraud.

In a tweet, Trump fired Christopher Krebs, who headed the Cybersecurity and Infrastructure Security Agency at DHS, and led successful efforts to help state and local election offices protect their systems and to rebut misinformation.

Earlier in the day, Krebs in a tweet refuted allegations that election systems were manipulated, saying that “59 election security experts all agree, ‘in every case of which we are aware, these claims either have been unsubstantiated or are technically incoherent.’ ”

Krebs’s statement amounted to a debunking of Trump’s central claim that the November election was stolen.

Trump, who has not conceded the election to President-elect Joe Biden, said on Twitter: “The recent statement by Chris Krebs on the security of the 2020 Election was highly inaccurate, in that there were massive improprieties and fraud – including dead people voting, Poll Watchers not allowed into polling locations, “glitches” in the voting machines which changed votes from Trump to Biden, late voting, and many more. Therefore, effective immediately, Chris Krebs has been terminated as Director of the Cybersecurity and Infrastructure Security Agency.”

The dismissal was not unexpected, as Krebs told associates last week he was expecting to be fired. His latest tweet about the security of the election, which followed similar earlier assessments by his agency, including on its Rumor Control Web page, angered the president, according to an official, who spoke on the condition of anonymity to discuss a sensitive matter.

Krebs’s agency has asserted its independence in recent days, last Thursday issuing a statement that contradicted Trump’s allegations of fraud: “The November 3rd election was the most secure in American history,” said the statement from the coordinating council of state and local federal government entities in charge of protecting elections. “There is no evidence that any voting system deleted or lost votes, changed votes, or was in any way compromised.”

After his firing, Krebs responded from his personal Twitter account: “Honored to serve. We did it right. Defend Today, Secure Tomorrow. #Protect2020.”

The news disturbed many current and former officials and cybersecurity professionals who said that under Krebs, DHS significantly boosted the agency’s capabilities to help the private sector as well as those managing election infrastructure, better defending themselves against foreign and domestic threats.