NO MITZVAH IS MINOR 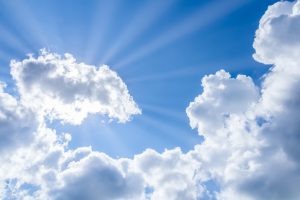 During World War II, an askan in New York expended enormous effort to send matzos to non-religious Jewish soldiers in the American army. After Pesach, he was devastated to learn that some of them ate bread along with the matzos.

The askan came to Harav Avraham Yehoshua Heschel, the Kopyczynitzer Rebbe, zy”a, and poured out his heart.

The Rebbe assured him that his efforts were not in vain. “Every bite of matzah meant that they ate one less bite of chametz,” the Rebbe explained.

On a similar note, a shomer Shabbos doctor once posed a question to Hagaon Harav Dovid Feinstein, zt”l. If an emergency call involving pikuach nefesh came in on Shabbos, should he take the call himself or allow his irreligious partner to do so?

Rav Dovid told him that he should have his partner do so — and gave an illuminating explanation. During the time that the irreligious doctor was dealing with the emergency call, he was doing something permissible, thus saving him during those few minutes from being mechallel Shabbos.

We often have an all-or-nothing approach to both our own avodas Hashem and, especially, that of others. As these anecdotes illustrate, this is a grave error. Not only is every mitzvah a tremendous accomplishment, every wrongdoing that is avoided is an achievement in and of itself, even if the individual continues to commit other misdeeds.

We have no inkling of the greatness of the Avos, nor can we possibly fathom the depth of their ways. But we can — and must — learn crucial and practical lessons from the teachings of the various meforshim that help explain these parshiyos.

The Torah informs us that “Yitzchak loved Esav, for trapping was in his mouth, but Rivkah loved Yaakov.”

Chazal (Bereishis Rabbah 63:10) teach us that this meant that Esav knew how to ensnare and deceive his father, and used his mouth to do so. Through asking such questions as “How do we tithe salt and straw?” he gave the impression of being meticulous in keeping mitzvos, while in reality he lived a very different type of life.

It would seem perplexing that Esav, who was engaging in perpetual acts of evil, was able to deceive Yitzchak Avinu, the paradigm of avodas Hashem.

One explanation — based on teachings of the Ben Ish Chai — is that in reality, Yitzchak was well aware of what Esav was all about. Yet precisely because he sought to deceive him, Yitzchak chose to show him love. For as long as he thought that he was fooling his father, Esav refrained from publicly committing sins. Despite all the evil acts that Esav was performing in secret, Yitzchak wanted to at least prevent Esav from committing public sins.

“Rebbi used to say … ‘Be as scrupulous in performing a “minor” mitzvah as in a “major” one, for you do not know the reward given for the [respective] mitzvos’” (Avos 2:1).

Think big. There’s no such thing as a small mitzvah. And every misdeed uncommitted is a significant achievement.