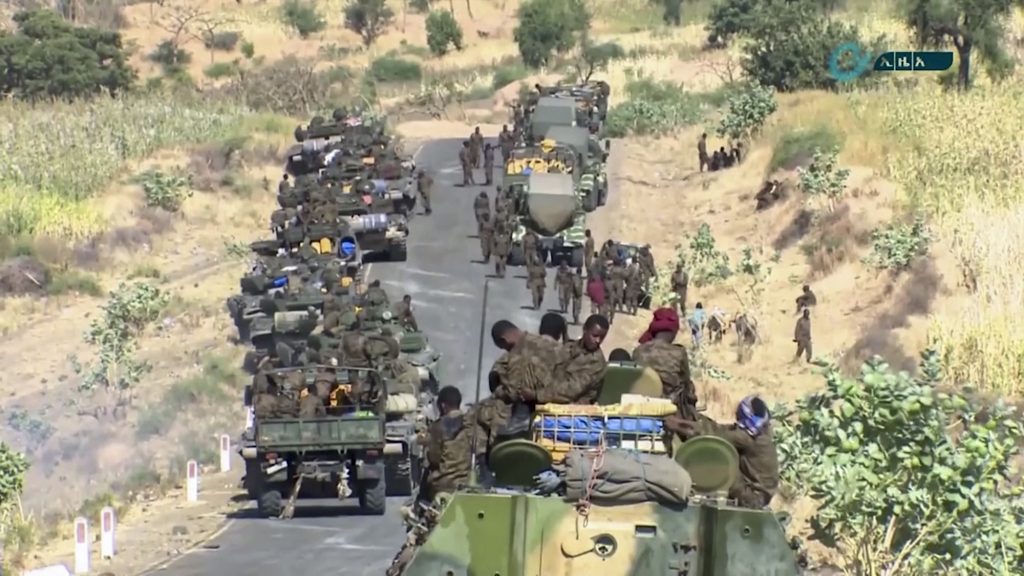 Nine Israelis have been rescued from the war-torn northern Tigray region of Ethiopia, the Foreign Ministry confirmed on Tuesday.

The Israelis were extracted from the area in an operation coordinated by Israel with the Ethiopian government, the United Nations and the local army, according to The Times of Israel.

On Thursday, Foreign Minister Gabi Ashkenazi spoke with his Ethiopian counterpart and asked him to ensure the nine Israelis’ safety.

The Israelis had been trapped in the area. Some of them are workers for an agriculture and irrigation company with a branch in the region, while others are aid volunteers.

The UN said Tuesday a full-blown humanitarian crisis was unfolding in northern Ethiopia, where thousands of people each day are fleeing the conflict in the Tigray region, according to the AFP.

As international pressure mounted over his campaign against the dissident region, Ethiopian Prime Minister Abiy Ahmed declared operations were entering a “final” phase, and his government confirmed fresh airstrikes near the Tigray capital, Mekele.

The United Nations refugee agency said around 27,000 Ethiopians have fled across the border into Sudan — a figure now rising by around 4,000 people each day.