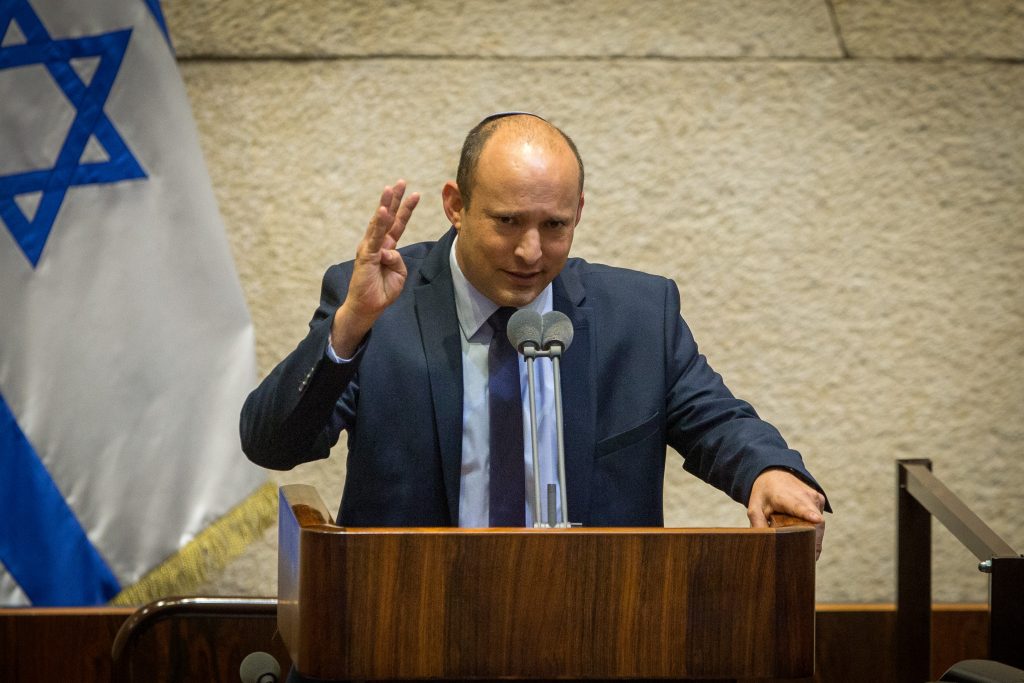 Prime Minister Binyamin Netanyahu‏‏ took a practiced rhetorical swipe at Naftali Bennett, whose Yamina party has been narrowing the gap with Likud in the polls.

“I don’t know if Bennett is left or right. It depends which day you ask,” Netanyahu told Army Radio. Although consistently tough on security matters, Bennett recently sided with the leftist opposition with a vote for a no-confidence vote that could have led to the replacement of Netanyahu’s right-wing coalition with a government led by current opposition leader Yair Lapid

Bennett later explained that the motion, which was defeated, was aimed at ousting Netanyahu, but it was not his intention to install Lapid and the left.

A constant critic of Netanyahu’s handling of the pandemic, Bennett tweeted a photo showing dozens of people waiting in line at a soup kitchen in Eilat, where the collapse of the tourism industry has caused record-breaking levels of unemployment.

“People are hungry for bread in Eilat,” Bennet wrote. “There’s never been anything like this. Israel must be saved. There is no task more urgent than this for the leader of Israel.”

Yamina’s No. 2, Ayelet Shaked added that “Netanyahu is the last person who can give Bennett marks” on his right-wing credentials, in light of his backdown on the extension of Israeli sovereignty in Yehuda and Shomron as part of the UAE deal.

She too brought up the economic crisis: “There are a million unemployed, let’s talk about that,” she said. “Millions of citizens have paid a terrible price for the shocking handling of the coronavirus, and now Netanyahu again is putting politics before everything and choosing to attack Bennett.”

According to a poll released on Tuesday, if elections were held now, Likud would win 29 seats (down from its current 36), and Yamina would be in second place with 22 (up from a mere 5).

Lapid’s Yesh Atid-Telem would get 20 seats. The Joint Arab List fell from 15 to 11 seats and Blue and White from 15 to 10. Shas would have 8 seats, Meretz and Yisrael Beyteinu 7 seats each, and United Torah Judaism 6 seats.

Netanyahu took additional flak from the right on Tuesday, as right-wing politicians, including from his own party, circulated a petition calling for him to legalize outposts in Yehuda and Shomron before the Trump administration expires, Channel 12 reports.

The letter calls for Netanyahu to authorize 70 unrecognized outposts, where approximately 20,000 now reside.

“It’s unfair, unreasonable and irresponsible to leave these settlements without status, and the tens of thousands of residents without rights,” the petition said.