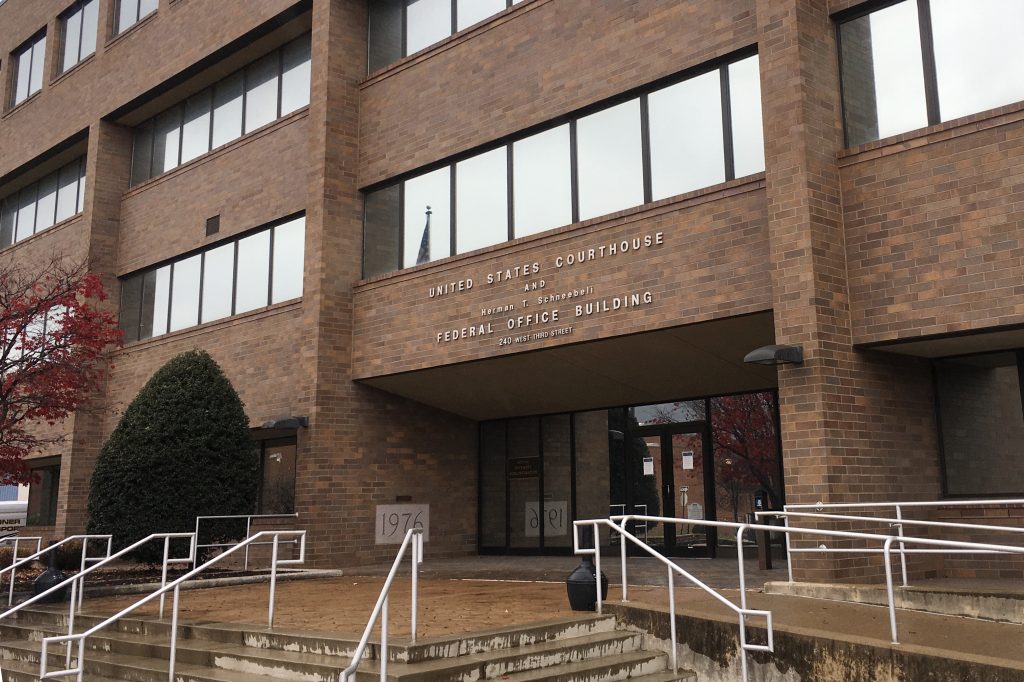 Rudy Giuliani, President Donald Trump’s personal attorney, returned to federal court Tuesday after a long hiatus to accuse Democrats in control of big cities of hatching a nationwide conspiracy to steal the election.

The court case is over the Trump campaign’s federal lawsuit seeking to prevent Pennsylvania officials from certifying the vote results.

They asked U.S. District Judge Matthew Brann to throw out the case, calling the allegations “at best, garden-variety irregularities” that would not warrant throwing out Pennsylvania’s election results, which delivered a victory for President-elect Joe Biden.

Giuliani, the former New York City mayor, asserted there was a wide-ranging scheme to steal the election from Trump in big cities in Pennsylvania and 10 other places.

“The best description of this situation is widespread, nationwide voter fraud, of which this is a part. … This is not an isolated case, this is a case that is repeated in at least 10 other jurisdictions,” Giuliani said.

The dozens of affidavits Trump’s lawyers filed in the case, however, do not appear to assert actual widespread fraud, but rather the potential for irregularities to occur because partisan poll watchers weren’t given an opportunity to view the results.

Tuesday’s hearing focused on the Trump campaign’s request for a temporary restraining order, as well as Democrats’ request to have the case dismissed. Giuliani — who had not argued a case in federal court since 1992, according to online court filings — asked Brann to let him put on evidence to back up his claims.

Trump’s campaign has not been shy in previous weeks about publicizing what they say is evidence of election fraud. Brann has scheduled a hearing for Thursday to hear evidence — if he decides against dismissing the case.

The Trump campaign wants to prevent certification of results that give Biden Pennsylvania’s 20 electoral votes.

The Trump campaign’s lawsuit is based on a complaint that Philadelphia and some Democratic-controlled counties in Pennsylvania let voters make corrections to mail-in ballots that were otherwise going to be disqualified for a technicality, like lacking a secrecy envelope or a signature.

It is not clear how many ballots that could involve, although some opposing lawyers say it is far too few to overturn the election result.

The Trump campaign’s lawsuit says Republican-controlled counties did not allow voters to correct ballots and claims the inconsistent practice violated constitutional rights of due process and equal protection under the law and resulted in the “unlawful dilution or debasement” of properly cast votes.

But Giuliani spent most of his time in court arguing that almost 700,000 ballots in Philadelphia and Allegheny County — home to Pittsburgh — went uninspected by Republican observers.

Giuliani name-checked certain cities in states won by Biden — including Philadelphia, Pittsburgh, Las Vegas, Phoenix, Milwaukee and Detroit — and argued, without evidence, that Democrats in control there prevented Trump campaign observers from seeing election workers process mail-in ballots so that they could falsify enough ballots to ensure that Trump lost.

In Philadelphia, Republican observers were kept so far away from election workers processing the ballots that they couldn’t ensure the ballots were valid, Giuliani said.

During the hearing, Trump’s campaign notched another loss: the Pennsylvania Supreme Court, in a 5-2 party-line decision, backed a Philadelphia judge’s ruling that city officials had given Republican observers sufficient access to the vote counting, without allowing them within 6 feet.

The Associated Press has declared Biden the winner of the presidential contest, but Trump has refused to concede and his administration is not providing a smooth transition of power.

With Georgia the only uncalled state, Biden has collected at least 290 electoral votes — just enough that overturning Pennsylvania’s result would not open an avenue to a second term for Trump.

Biden’s margin in Pennsylvania is now about 73,000 votes.

The issues Trump’s campaign and its allies have pointed to are typical in every election: problems with signatures, secrecy envelopes and postal marks on mail-in ballots, as well as the potential for a small number of ballots miscast or lost.