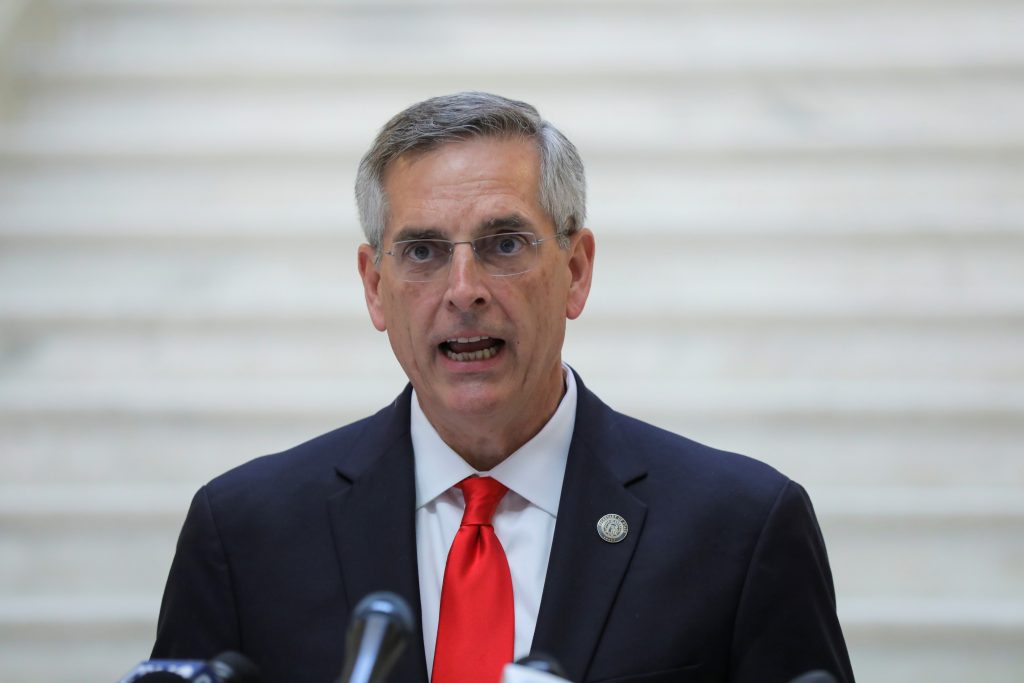 Georgia election officials said Tuesday they no longer intend to make the results of the state’s manual recount the official tally in the presidential race.

The decision leaves little chance for election results to change much after the recount concludes Wednesday. Joe Biden led President Donald Trump by 14,000 votes, according to unofficial results.

The recount, ordered by Secretary of State Brad Raffensperger last week, is moving forward under a law calling for the first statewide audit of an election.

“The whole intent of the audit is to verify the results we already saw,” Sterling said. “We thought we were going to go down a path and then we kind of rethought it and said, ‘You know, the more legally stable way to do this is to do it this way.'”

If the audit uncovers serious discrepancies, as it did when 2,600 new ballots were found in Floyd County on Monday, county election officials will redo their original machine counts and then report a new total that will become a part of the official count.

The audit is intended to verify which candidate won rather than determine a perfect vote count, he said.

Marilyn Marks, an election-integrity advocate who is suing the state over the security of Georgia’s voting machines, said the audit isn’t a meaningful or valid recount.

The results of the audit will be released after it’s completed by a Wednesday night deadline.

Raffensperger has said the manual count has closely matched original counts so far, but some counties haven’t finished their hand tabulations yet.

There could be another recount after this one concludes.

Georgia law gives candidates a right to a recount if they lost by less than 0.5% and request a recount within two business days after Raffensperger certifies the election, which state law requires him to do by Friday.

A second recount would be conducted by rescanning ballots through computers, and it would become the official count if the original tally were incorrect.