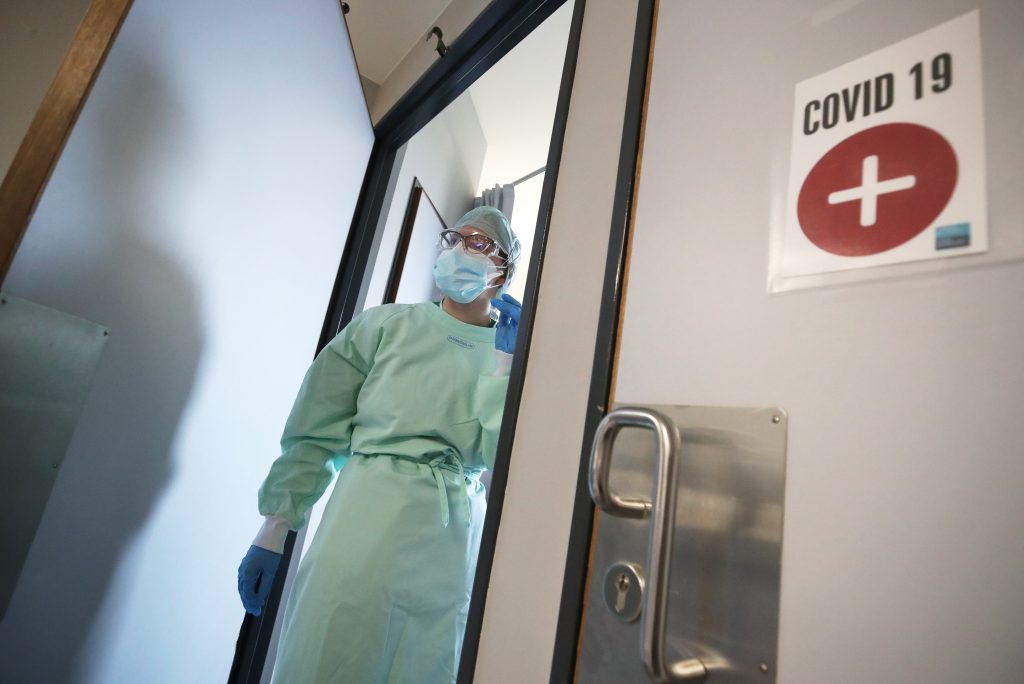 One of the hardest-hit countries in Europe, Belgium has reported more than 531,000 confirmed virus cases and more than 14,400 deaths linked to the coronavirus. During the first wave of the pandemic last spring, the European nation of 11.5 million people recorded a majority of its COVID-19-related deaths in nursing homes.

Between March and October, Amnesty International said “a staggering” 61.3% of all COVID-19 deaths in Belgium took place in nursing homes. The group said authorities weren’t quick enough in implementing measures to protect nursing home residents and staff during this period, failing to protect their human rights.

Amnesty International said one of the reasons so many people died in homes is because infected residents weren’t transferred to hospitals to receive treatment.

“The results of our investigation allow us to affirm that [care homes] and their residents were abandoned by our authorities until this tragedy was publicly denounced and the worst of the first phase of the pandemic was over,” said Philippe Hensmans, the director of Amnesty International Belgium.

When the virus struck Europe hard in March, Belgium was caught off guard and unprepared, faced with a critical shortage of personal protective equipment. As infections surged across the country, nursing homes were quickly overwhelmed by the frenetic pace of contamination as local authorities even requested the help of Belgian armed forces to cope.

Belgium had one of the highest death rates worldwide during the first wave. But while nursing home staff was overwhelmed, the country’s hospitals weathered the crisis, as their intensive care units never reached their 2,000-bed capacity. Vincent Fredericq, the general secretary of the care homes federation Femarbel, told Amnesty International that many residents in need of medical assistance were left behind.

“Everyone was struck by the images of the Italian and Spanish hospitals,” he said. “These situations had a great impact on our federal decision-makers, who said from the outset that it was absolutely necessary to avoid overloading intensive care. Nursing homes have been relegated to second line and residents and staff have been the victims.”

Amnesty International based its investigation on testimonies from nursing home residents and staff, employees of non-governmental organizations defending residents’ rights and directors of nursing homes. The group also spoke with families of elderly people currently living in homes or who died during the pandemic. Most of the people interviewed asked to remain anonymous so that they could speak freely.

Quoting figures released by Doctors Without Borders, the group said only 57% of serious cases in care homes were transferred to hospitals because of “a harmful interpretation of sorting guidelines.”

“Some older people have probably died prematurely as a result,” Amnesty International said. “It took months before a circular explicitly stated that transfer to hospital was still possible, if it was in accordance with the patient’s interests and wishes, regardless of age.”

Maggie De Block, the former Belgian health minister in charge during the early months of the pandemic, refuted last month accusations that access to hospitals was denied to nursing home residents.

“There has never been a message either from the federal government or from my regional colleagues saying that we should not hospitalize people who need it, or that we can refuse elderly or disabled people,” she told local media RTBF.

The prime minister’s office didn’t immediately respond to a request for comment from The Associated Press.

More than half of the care providers quizzed during the group’s investigation said they didn’t receive training on how to use protective equipment and weren’t sufficiently informed about the virus. Amnesty International said systematic testing of nursing home employees in Belgium wasn’t introduced before August, with only one test per month.

One nursing home resident identified as Henriette told Amnesty International that she was afraid every time a care worker came in that they would bring the virus in with them.

The group also noted that the restrictive measures limiting family visits had negative repercussions on many residents’ health. Some relatives told Amnesty International that when they were allowed back, they realized their family members had been neglected because staffers were overwhelmed.

“It was very difficult for my husband to eat alone. As time went by, he lost weight,” the wife of one resident said. “When I asked the staff about it, a care worker told me: ‘We can’t feed everyone every day.’”