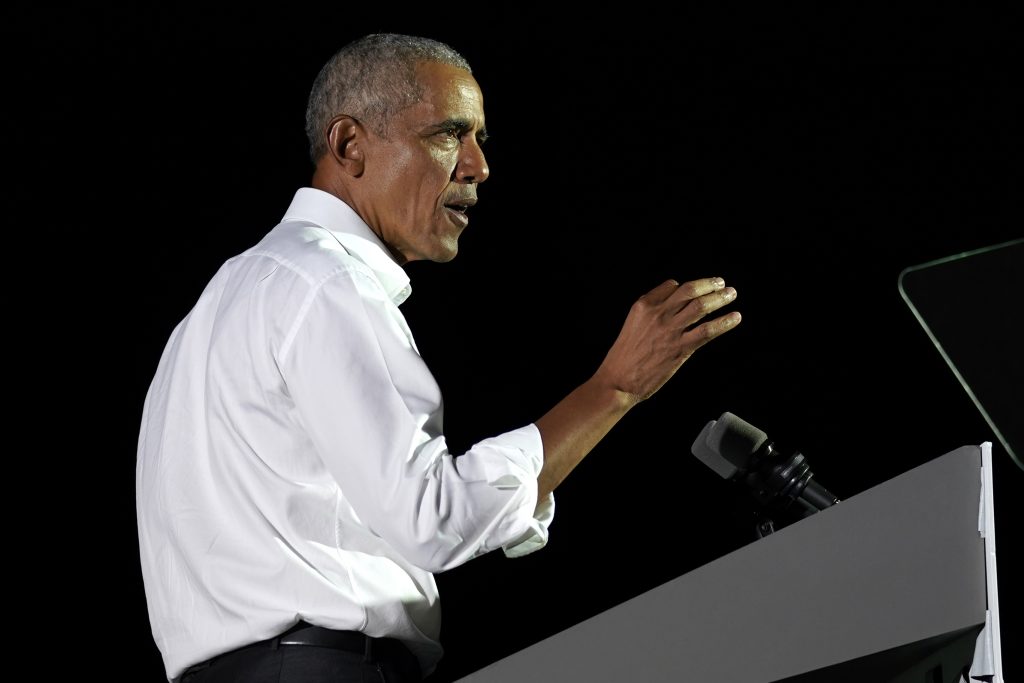 Former President Barack Obama’s new book portrays the author as a misunderstood but true friend of Israel and Prime Minister Binyamin Netanyahu‏‏ as a gifted but misguided leader.

Excerpts from the memoirs and promotional interviews indicate that Obama’s comments will not resemble the joint communiqués extolling the unique U.S.-Israel relationship and the meetings with Netanyahu conducted in a friendly atmosphere. Instead, they will be revealing, caustic and patronizing.

In an interview with The Atlantic to promote the hefty, 700-page volume, Obama compared Netanyahu to Russian President Vladimir Putin, not a comparison designed to flatter:

“It’s not a secret that Netanyahu and I did not share worldviews. But I think Bibi is a fascinating character the same way that Putin is a fascinating character. I think you can’t understand them, or Russia or Israel, without looking at the history out of which they arose, what shaped them. Providing that sense of context is not actually a matter of me trying to engage in political calculation.”

The former president disavowed any possibly mean motivation: “I want the reader not to just simply say that this guy and Obama are antagonistic, and since I’m reading Obama’s book I’m siding with him and the other guy must be a complete jerk,” he said.

“I want someone to read this and say, I understand how it is that the Israelis, given the world they are in, given the history they have experienced, and given the genuine threats that surround them, can turn to a figure who represents strength of a very particular kind and why that might clash with Obama’s views about certain things.”

In the memoir, titled A Promised Land, Obama describes Netanyahu as “smart, canny, tough and a gifted communicator,” but one who used those gifts for his own self-aggrandizement. He writes that Netanyahu’s “vision of himself as the chief defender of the Jewish people against calamity allowed him to justify almost anything that would keep him in power,” according to excerpts published in the Jewish Insider.

Obama, on the other hand, sees himself as one of the victims of the American Israel Public Affairs Committee (AIPAC), who bullied lawmakers and candidates who “criticized Israel policy too loudly risked being tagged as ‘anti-Israel’ (and possibly anti-Semitic) and [were] confronted with a well-funded opponent in the next election.”

He claims that he was “on the receiving end” of a “whisper campaign” that portrayed him as being “insufficiently supportive — or even hostile toward — Israel” during his 2008 presidential run.

“On Election Day, I’d end up getting more than 70 percent of the Jewish vote, but as far as many AIPAC board members were concerned, I remained suspect, a man of divided loyalties.

Obama wrote that his former deputy national security advisor Ben Rhodes, told him that such attacks were a result of him being “a Black man with a Muslim name who lived in the same neighborhood as Louis Farrakhan and went to Jeremia Wright’s church” and not based on his policy views that were much the same as those of other political candidates treated more kindly by AIPAC.

On Mideast policy matters, Obama also describes himself as reasonable, as opposed to the negative Netanyahu.

He thought it was “reasonable” to ask for Israel, which he viewed as the “stronger party,” to take a “bigger first step” and freeze housing construction in Yehuda and Shomron.

But “as expected,” Netanyahu’s response was “sharply negative.” That was followed up with an aggressive pressure campaign by the prime minister’s allies in Washington.