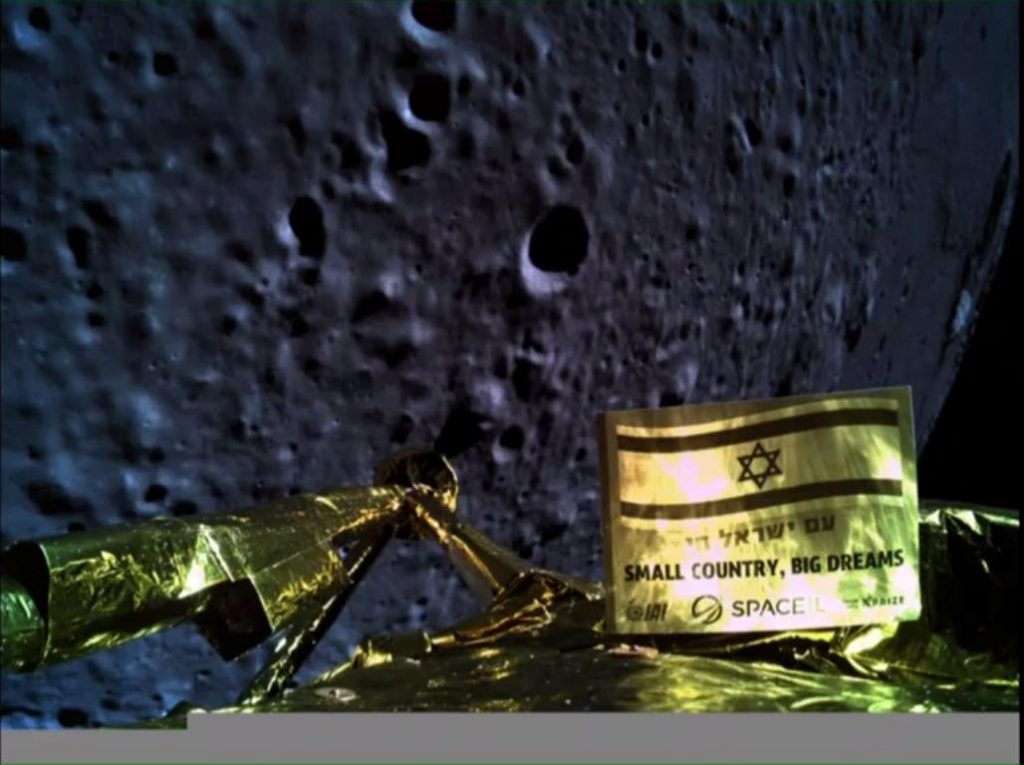 President Reuven Rivlin and the Ramon Foundation together with the Ministry of Science and Technology have made a groundbreaking announcement: The second Israeli astronaut is on his way to space. Eytan Stibbe, a former fighter pilot, will take part in a national, historic and scientific mission scheduled for the end of 2021. The announcement took place Monday at Beit HaNasi.

Stibbe is scheduled to blast off for space at the end of 2021 on behalf of the Ramon Foundation in partnership with the State of Israel on a historic scientific mission to the International Space Station and will be one of the pioneers of the private space industry in the world. Stibbe is scheduled to spend 200 hours at the ISS, during which he will perform a number of experiments, unprecedented in their range, using Israeli technology and scientific developments from researchers and start-ups that he will take with him to space, and is also expected to bring the world of space to Israeli children. In the months ahead, he will begin training ahead of his space mission, and in the three months before he goes he will undergo a concentrated training period in the U.S., Germany and Russia. The spacecraft will be launched from Florida at the end of 2021.

The Ramon Foundation will lead all aspects of the Israeli mission – scientific and educational – together with the Ministry of Science and Technology and the Israeli Space Agency, which will lead the government ministry’s partnership. Together, they will work to select the experiments and technologies that will go to space and build the educational program for Israeli children. Leading the project will be CEO of the Ramon Foundation, Ran Livne.

The international mission is the initiative of Axiom Space, which will lead it. On arriving in space, the astronauts will go to the International Space Station (ISS), pending NASA approval. Alongside Eytan Stibbe, two other private astronauts will participate in the mission. The mission commander for Axiom Space is veteran U.S. astronaut and VP of Axiom Space Michael López-Alegría, who has over 40 years of aerospace experience. He has flown to space four times and commanded the 14th ISS mission.

“This is a day of national celebration and immense pride,” said the president at the beginning of his remarks. “An Israeli pilot, with the blue and white flag embroidered on his uniform, is proving once again, as we have proved here over the last 72 years, that even the skies are no limit.”

The president spoke to Eytan, saying, “My dear Eytan, up there, beyond the seventh heavens, you will do Israeli technological experiments, some of which have been developed by our young people. You will be the envoy of those brilliant brains, the present and future generations of Israeli research, and will help them understand how the world works when we look at it from afar. You will be Israel’s representative in a human effort to understand the wonderful workings that allow life on this planet, and uncover the secrets of the universe.

“This mission to space, for science and research, on behalf of humanity’s unending search for knowledge, for discovery, for understanding, is being launched at a time when humanity is facing one of its greatest challenges. It is a crisis our generation has not known. Because of the virus, we have come to realize how many great concepts – like science, medicine and research – can fundamentally shake our lives. We have come to realize how much we do not know, not only about distant planets and infinitely huge galaxies, but even here on our own small planet. Dealing with this microscopic, tiny virus, in an effort to find a vaccine, we must work together, scientists from different countries and peoples. That is the power of science. It reminds us that we are part of something much bigger, that speaks to the human spirit that is within us all.”

The president recalled Ilan, Rona and Asaf Ramon, z”l, saying “their absence today reverberates in the heavens. The absence is so weighty, so tangible, that they are almost here. I had the privilege of knowing Rona personally. I was with her in her illness and shared her immense pain over Ilan, who fell in a mission on behalf of humanity, and over Asaf, who fell as a pilot in the Israeli Air Force. When Rona was with us, she always pushed us forward. And today, too, we are making progress. You are joining a family that is a shining example. A family that is a source of true Israeli inspiration and pride. The family never stopped talking about the stars, even when they fell from the skies. I am proud to stand with you today on this emotional day.”

The president said to Eytan, “On your mission, you continue to fulfill their legacy. Today, you become the envoy of everyone. We give you our blessings for the way and wish you great success. Go in peace and return in peace, and do not forget to wave to us from up there. We are waiting for you here at home.”

Eytan Stibbe is a colonel in the IAF reserves and flew as a fighter pilot for 43 years and participated in dozens of operational missions. He is the founder and chair of Vital Capital Fund and over the last 35 years has worked on developing business and financing initiatives for projects in the developing world on vital infrastructure projects. He is also one of the founders of the Ramon Fund and is a prominent veteran voluntary member of its board of directors.

This mission will be the first to the ISS (pending NASA approval) manned entirely by private astronauts. Eytan Stibbe plans on using his time in space to perform experiments and will donate his time and all costs of the journey, including sending the equipment required for the experiments and their storage. The Ramon Fund’s donation makes the mission into an extraordinary opportunity to significantly advance the Israeli space and science industry, and is also the fulfillment of Rona Ramon’s vision, who wanted to give Israel’s next generation the values of academic excellence, social leadership and groundbreaking ambition through science, flight and space.

In the weeks ahead, the Ramon Foundation together with the Ministry of Science and Technology will publish an open call for scientists, researchers and entrepreneurs who will be invited to send proposals for experiments. The proposals will be evaluated by an independent scientific advisory committee, comprising representatives of academic institutions, leading Israeli research institutes and government research and development agencies. The committee will be headed by Inbal Krais, a leading figure in the Israeli space industry and the director of innovation at the Space Systems Division of Israel Aerospace Industries.