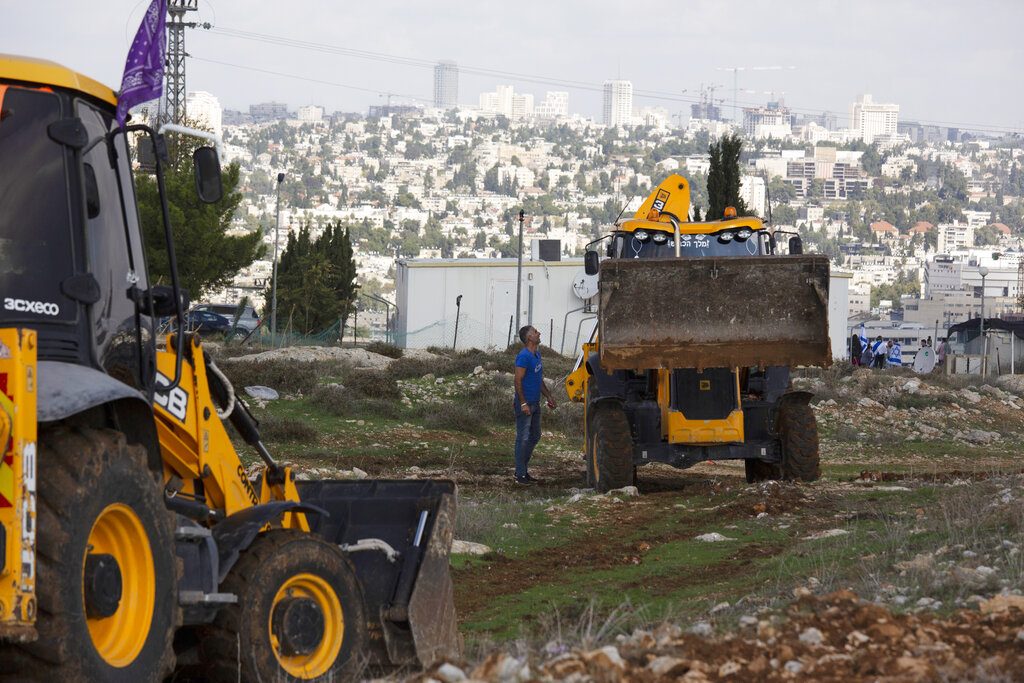 Israeli protesters confronted a group of European diplomats on Monday who were visiting the site of a planned housing expansion in east Yerushalayim that would make it even harder to establish a viable Palestinian state and could anger the incoming U.S. administration.

The diplomats went to Givat Hamatos to voice their opposition a day after Israeli authorities announced tenders for more than 1,200 new homes.

They were met by around 50 right-wing protesters who waved Israeli flags and chanted “EU, shame on you!” The protesters chanted so loudly that members of the delegation were unable to deliver public statements and had to relocate to another part of the city.

Sven Kühn von Burgsdorf, the EU representative to the Palestinian territories, said the planned expansion “gives some observers the impression” that Israel is trying to create “facts on the ground” before President-elect Joe Biden assumes office in January.

“It’s very important to demonstrate unity in the international community that any such project, any such construction, which is illegal under international law, cannot go forward,” he said.

Israeli Prime Minister Binyamin Netanyahu’s office did not immediately respond to a request for comment.

The EU visit contrasts with U.S. Secretary of State Mike Pompeo’s plans to visit a Jewish community in Yehuda and Shomron later this week in a stunning departure from his predecessors, who often spoke out against Israeli construction in the region.

Earlier on Monday, the U.N.’s Mideast envoy said he was “very concerned” by Israel’s decision to advance construction in Givat Hamatos.

“It would significantly damage prospects for a future contiguous Palestinian State and for achieving a negotiated two-state solution based on the 1967 lines, with Jerusalem as the capital of both states,” Nickolay Mladenov, the U.N. envoy to the Middle East peace process, said in a statement.