Politics ANALYSIS: For Progressives, the House Is as Big a Problem as the Senate
Politics 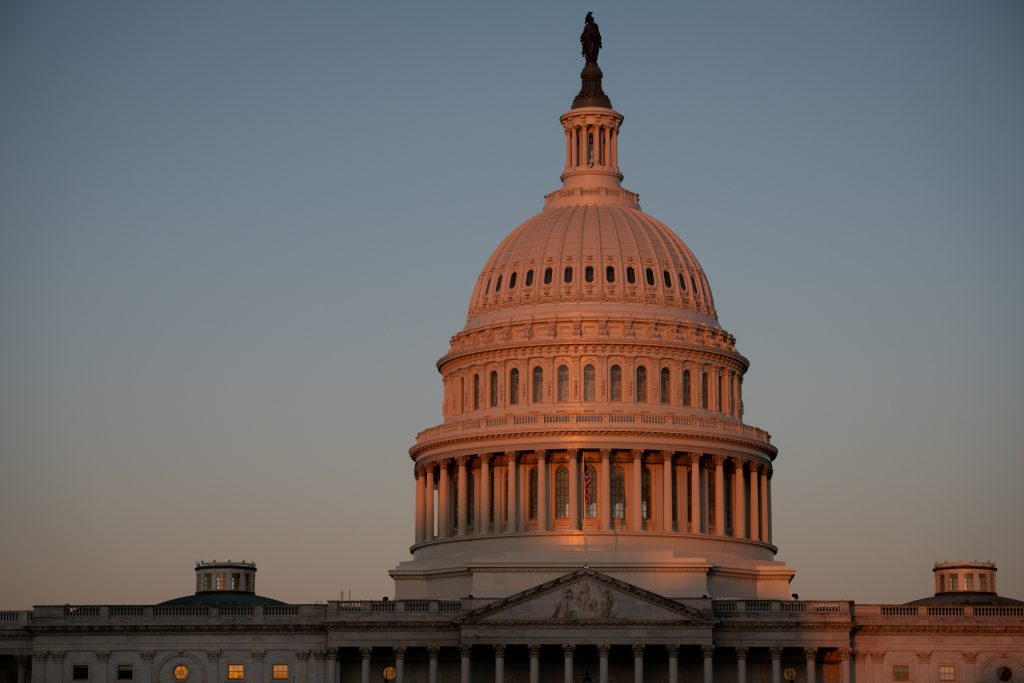 An epic race for Senate control is now underway, with two pivotal runoffs on Jan. 5 in Georgia to determine whether President Joe Biden has a Democratic Congress to work with or a giant obstacle in a GOP Senate.

But even if Democrats go 2 for 2 in Georgia, Biden’s progressive platform, widely considered the most liberal ever put forth by his party, may never get through the Democratic House.

With several races still uncalled, Speaker Nancy Pelosi could have a majority as narrow as 221-214, giving her three votes to spare when Republicans are united in opposition. Presuming Democrats elect her to return as their leader, Pelosi will have a monumental task in keeping the caucus together. The speaker’s job is all the more complicated because moderates are fearful that Democrats will lose seats in the 2022 midterm elections, considering Republicans have unified control of the process that will redraw district lines in more states than Democrats do.

Progressive dreams of a sweeping, liberal agenda “will have to be tempered by the reality of this election,” said Rick Boucher, a former 14-term representative from southwest Virginia and member of the moderate Blue Dog Coalition. Boucher lost his seat in the tea party wave of 2010.

Pelosi’s first test will come later this month when House Democrats meet to select their leadership slate for the next Congress. Pelosi will have to convince several of those Democrats who opposed her on the House floor in 2019 to vote for her this time.

At least 10 moderates who opposed her then were reelected: Jared Golden of Maine, Mikie Sherrill of New Jersey, Abigail Spanberger of Virginia, Jason Crow of Colorado, Ron Kind of Minnesota, Conor Lamb of Pennsylvania, Kurt Schrader of Oregon, Kathleen Rice of New York, Jim Cooper of Tennessee and Elissa Slotkin of Michigan. Another two, Anthony Brindisi of New York and Ben McAdams of Utah, are in uncalled races.

There’s no indication that Pelosi, who has already pledged to serve only through 2022 as speaker, has a challenger. Still, the moderates who opposed her and expressed their dissatisfaction with progressives’ policy ideas will want assurances that she’ll avoid them.

Those include the Green New Deal, “Medicare for All,” defunding the police and anything that Republicans can label as socialism.

The irony is that Pelosi avoided these issues during 2019 and 2020, but moderates are fearful that the party’s Progressive Caucus will push harder next year, especially if Democrats win Senate control.

“Any move too far to the left jeopardizes those seats that make up her majority,” said Lisa Camooso Miller, a partner at Reset Public Affairs who was a spokeswoman for Illinois Republican Dennis Hastert when he was speaker.

Some moderate Democrats will want to avoid votes on less far-reaching progressive proposals, such as an increase in the federal minimum wage, gun control, eased immigration standards, and restrictions on oil and gas fracking and energy exploration.

Since Pelosi returned to the speakership in 2019, Democrats have posted record levels of unity on partisan votes. Last year, for example, House Democrats on average held with the party on votes that split a majority of Democrats from a majority of Republicans 95% of the time, higher than at any time since CQ Roll Call began studying partisan voting in 1956. This year, with the number of votes sharply down in the pandemic, they are on a pace to set a new record.

And the 26 members of the Blue Dog Coalition, a group of self-described moderates, have not been substantially less loyal to the party than the average Democrat.

That extraordinary unity is the continuation of a trend in which representatives and senators willing to cross party lines are fewer and the parties are more clearly sorted. It reflects the nationalization of congressional campaigns and the importance of contributions from party activists, which flow more freely to those who are more partisan.

Still, Pelosi had a larger majority these past two years than she will enjoy next. She also knew that her job in 2019 and 2020 was mainly to pass messaging bills to contrast the Democrats’ policy proposals with those of Senate Republicans and President Donald Trump. If Democrats gain full control of government in January, pressure will rise to deliver for the party’s base.

That pressure will run up against reality. Pelosi will seek to avoid embarrassing defeats on the floor caused by moderates in her own party. At the end of the day, unity on votes may not decline much if Pelosi avoids the issues that put her moderates in an awkward spot. “She’ll be under their thumb,” Tom Davis, a former seven-term Virginia Republican, said of the party centrists’ power over the speaker.

Davis led the Republicans’ campaign arm, the National Republican Congressional Committee, in 2001 and 2002 when the GOP held a 222-213 majority.

That Congress, President George W. Bush’s first, was productive despite the tight House margin. In 2001, it used the budget reconciliation process to pass a tax cut and laid the groundwork for the January 2002 enactment of the bipartisan education law known as No Child Left Behind.

The education law, perhaps, offers a road map for Biden and Pelosi. It showed that a president can move his own party to action if he puts his imprimatur behind legislation broadly favored by the other party.

But this only works when a president tacks to the center, not when he pushes a partisan bill. The No Child law, which dramatically increased federal spending on K-12 education, was a bigger ideological compromise for conservatives, as the final House vote of 381-41 showed. Thirty-four of the nays were cast by members of the GOP caucus.

The rest of that Congress, shaped as it was by the Sept. 11 terrorist attacks and the unity they provoked, is less instructive. It did end in a way that could offer hope to Democrats fearful of losing the majority in 2022. Republicans bucked the trend in 2002 and gained seven seats.

Still, Davis is skeptical that Pelosi will even be able to rally her troops as well as Speaker Hastert did then. Davis foresees the more intense politics of today driving a wedge between moderates and progressives that will be paralyzing.

“We’re in a much more polarized environment now,” he said. “Members are worried about their primaries much more than they used to be.”

Davis notes that cable news was not as intensely partisan as it is now. Social media did not exist. Both now push lawmakers to take more strident stands.

Davis notes that even with a larger House majority from 2011 to 2015, Speaker John A. Boehner struggled to keep Republicans together, divided as they were between tea party and Freedom Caucus conservatives who eschewed deal-making, and institutionalists and moderates who wanted to compromise. Those Congresses ended up the least productive in modern times.

Pelosi and Biden want to avoid that fate, but the path ahead is full of pitfalls.