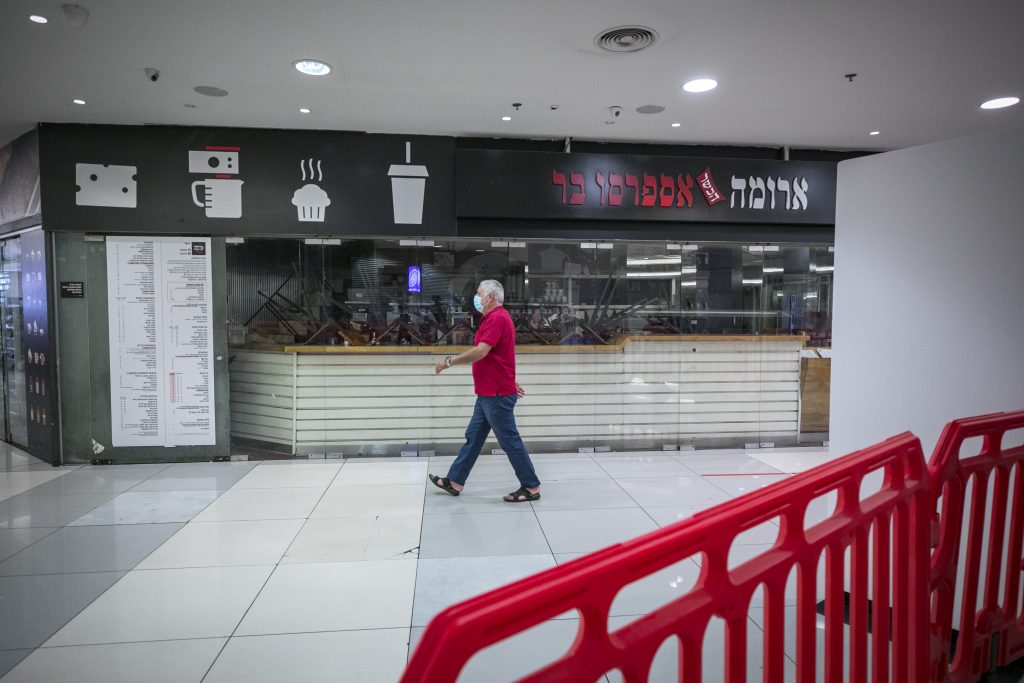 Lockdowns due to the coronavirus is wreaking serious, longterm damage to the Israeli workforce, the Employment Service Bureau said on Sunday.

A new report by the ESB warned of “chronic unemployment,” resulting from a higher percentage of workers being fired, as opposed to being put on furlough, or unpaid leave, according to October data.

“Every wave of unemployment intensifies the difficulty of those who fail to return to work, and their risk of descending into chronic unemployment increases,” said Rami Garor, the head of the ESB, in a statement.

Young people up to 35 and women in general were reportedly the hardest-hit groups.

In October, just 6.8% of those who were previously unemployed returned to the workforce, compared to 22% in September, 36% in March and 5.8% in April, the report showed.

Economy Minister Amir Peretz, who accepted the report from the ESB, said in a statement that it “indicates a trend I feared We are at the start of the establishment of a culture of unemployment, and if we don’t find solutions for it soon, it will stay with us for many years.

Peretz called on the prime minister and the finance minister to put into place a more flexible furlough program that will enable more people to get back into the workforce, and “most importantly, will maintain the relationship between the employer and the employee, and prevent the expansion of layoffs of those who are furloughed,” he was quoted as saying by The Times of Israel.