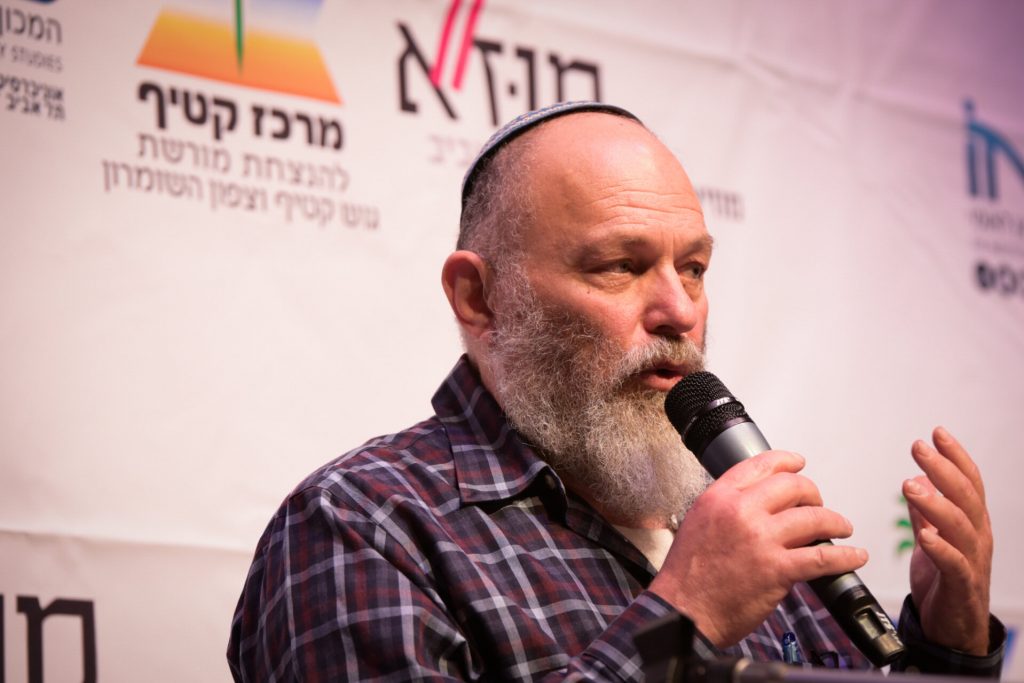 Plans to appoint a former IDF general and right-wing politician with controversial views to head Yad Vashem has generated a concerted opposition in recent days.

On Sunday, nearly 160 academics, historians, museum curators, Holocaust survivors and others published a signed petition expressing shock at the prospect of the appointment of Effi Eitam, who has been quoted endorsing the forcible population transfer of Palestinians and preventing Israeli Arab participation in national politics.

Negative reaction was immediate on the news that Eitam had been selected by Higher Education Minister Ze’ev Elkin to succeed Avner Shalev as chairman of Yad Vashem.

The petitioners, who include the Holocaust historian Deborah Lipstadt, wrote: “We are shocked by this outrageous proposal and protest against it in the strongest possible terms. Eitam’s hateful rhetoric towards Israeli Arabs and Palestinians stands in opposition to the stated mission of Yad Vashem.

“Appointing Effi Eitam as Chair of Yad Vashem would turn an internationally respected institution devoted to the documentation of crimes against humanity and the pursuit of human rights into a mockery and a disgrace.”

The Anti-Defamation League joined the campaign against him, citing his “problematic moral record.”

In 2006, at a memorial event for a soldier killed in the First Lebanon War, Eitam said that Israel would need to “expel the large majority of Arabs of Yehuda and Shomron.”

In addition, he was reprimanded by the IDF senior command for his role in an incident in 1988, during which soldiers under his command beat a Palestinian captive to death during a military operation in Gaza. The soldiers involved said they were acting on Eitam’s orders. The Military Advocate General issued a reprimand him, but did not prosecute him.

Eitam himself has remained rather quiet as the controversy builds around him.

He told The Associated Press on October 28 that he did not recall making the remarks, which were widely reported by Israeli media, and described himself as a “unifier” and consensus builder, and said his full record would be fairly reviewed.

“Those people who will have to make the decision, no doubt they will consider all the aspects of the nomination and they will come to a decision,” he said.

Elkin defended his choice in an interview with Haaretz: “To fill this position, I was looking for a well-known name, someone who knows how to operate in the corridors of power. This is a man who served as a government minister and as the head of a political party. He has administrative experience, and even if there is some criticism about particular things he did in the army, when you look at his entire career in the IDF, he was one of its most distinguished commanders.”

Eitam, 68, achieved distinction in the Yom Kippur War for defending against invading Syrian tanks. He was also in the Entebbe operation in 1976, when Israeli commandos freed a group of hostages in Uganda.