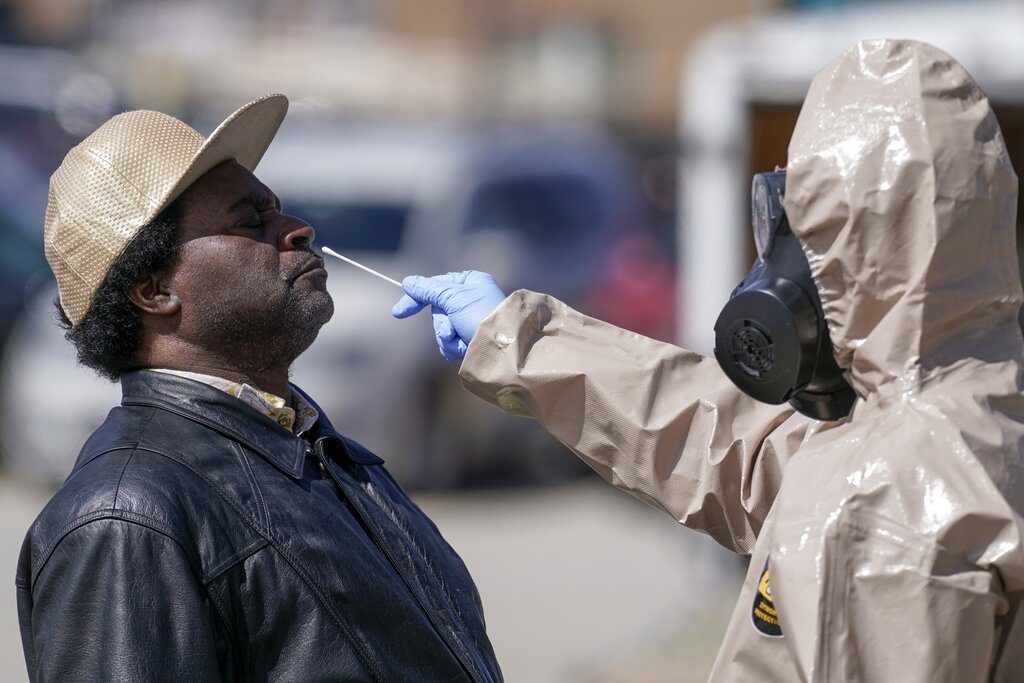 Like many medical workers around the world, Fargo emergency room nurse Adam Johnston can’t escape the grim reality of the coronavirus pandemic. It follows him everywhere: at work, where people die every shift; at the grocery store, where people rail against his city’s mask requirement; and at home, where he struggles to sleep.

He’s gotten through the long months, including North Dakota’s current virus wave that is among the worst in the U.S., by finding solace with fellow nurses during brief breaks where they can swap tips on beating insomnia or just vent frustrations. But he and many other nurses fear things are about to get even harder now that Gov. Doug Burgum has allowed the state’s beleaguered hospitals to use infected but asymptomatic workers to treat COVID-19 patients.

“It’s going to make you question every time you want to sit down and grab a five-minute snack with one of your co-workers,” said Johnston, who is the president of the state’s Emergency Nurses Association. “You’re always going to think, ‘Am I 6 feet away from them? Am I safe? Am I not?'”

Burgum said his decision could help North Dakota’s hospitals, which are at or near capacity after a surge in cases that began over the summer and has only gotten worse. But Johnston and many other nurses feel he’s saddling them with yet another burden while resisting imposing common safeguards to stanch the spread of the virus that might be less politically palatable in the conservative state.

Like some governors in other states that have had big spikes in COVID-19 cases, Burgum for months took a business-friendly approach that puts the responsibility for slowing the virus on individuals rather than government mandates, so as to protect “both lives and livelihoods.” It wasn’t until Friday that he finally relented and ordered a statewide mask mandate and certain restrictions on businesses and gatherings.

The hands-off approach didn’t work. After avoiding the explosion of cases that many other states experienced early in the pandemic, the virus has run rampant in North Dakota, which now regularly breaks its daily record highs for cases and deaths.

Burgum’s move, which is permitted under Centers for Disease Control and Prevention guidelines, reflects the scarcity of medical workers in one of the hardest-hit regions of the country, said Dr. Thomas Tsai, an assistant professor at Harvard’s School of Public Health. He said hospitals across the country are weighing such options as case numbers soar.

That’s the case in South Dakota, which allows the practice but where none of the major hospitals are currently using infected workers.

Under the CDC guidelines, asymptomatic infected medical workers who intend to treat COVID-19 patients must take their temperatures before every shift and confirm that they don’t have any symptoms. Workers with even mild symptoms aren’t allowed to treat patients.

Health workers worry that even if asymptomatic infected colleagues are limited to COVID-19 units, they could still spread the disease in break rooms, cafeterias, restrooms and other shared areas.