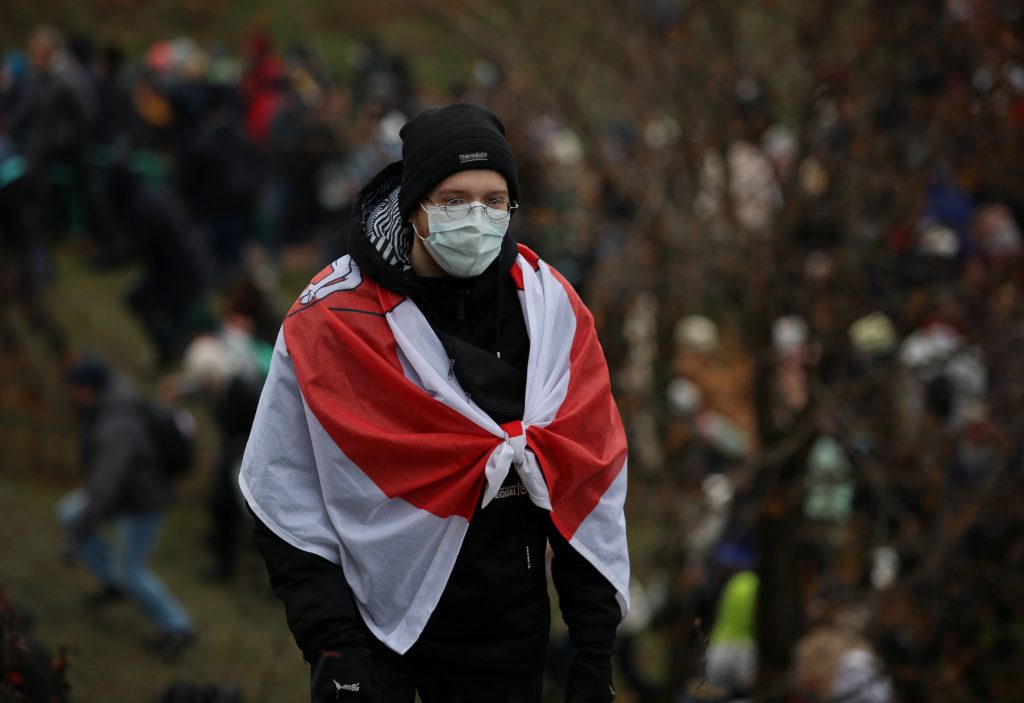 Belarusian police detained hundreds of people who took to the streets in mass demonstrations on Sunday chanting “I’m going out”, the last known written words of an anti-government protester who died last week.

A witness in the capital Minsk said police had used tear gas, rubber bullets and stun grenades to disperse the crowds demonstrating against President Alexander Lukashenko.

Belarus has been mired in political crisis for months. Tens of thousands of people have taken to the streets every week since an election in August that they say was rigged, something Lukasheko denies. They want the veteran leader, in power for 26 years, to resign.

The street rallies were re-ignited following the death of Roman Bondarenko, a 31-year old anti-government protester. He died in hospital in Minsk on Thursday following what demonstrators said was a severe beating by security forces.

The interior ministry has denied responsibility for Bondarenko’s death, saying he was killed in a scuffle with civilians.

Security forces in riot gear and shields on Sunday flooded the square where Bondarenko was detained, pulling down opposition flags, kicking over memorial lamps and dragging people from the crowds and frog-marching them to vans, a witness said.

Video footage by local media also showed security forces entering apartments in the area in search of protesters. A video clip posted on social media showed three men in riot gear attending to a man who appeared to be unconscious.

Hundreds of protesters, wearing the red-and-white colors that have come to represent the protest movement, had gathered on Sunday for a vigil near Bondarenko’s house in Minsk.

Witnesses said Bondarenko was detained after scuffling with people in plain clothes who had come to a playground to remove red-and-white ribbons.

Sviatlana Tsikhanouskaya, Lukashenko’s main opponent, who fled into exile in Lithuania after the election, said on social media she supported Sunday’s rallies in memory of Bondarenko.

The European Union has called Bondarenko’s death “an outrageous and shameful result of the actions by the Belarusian authorities… [who have] directly and violently carried out repression of their own population”.

Police have arrested thousands of people during months of protests, and rights groups say hundreds of detainees have reported being subjected to beatings.