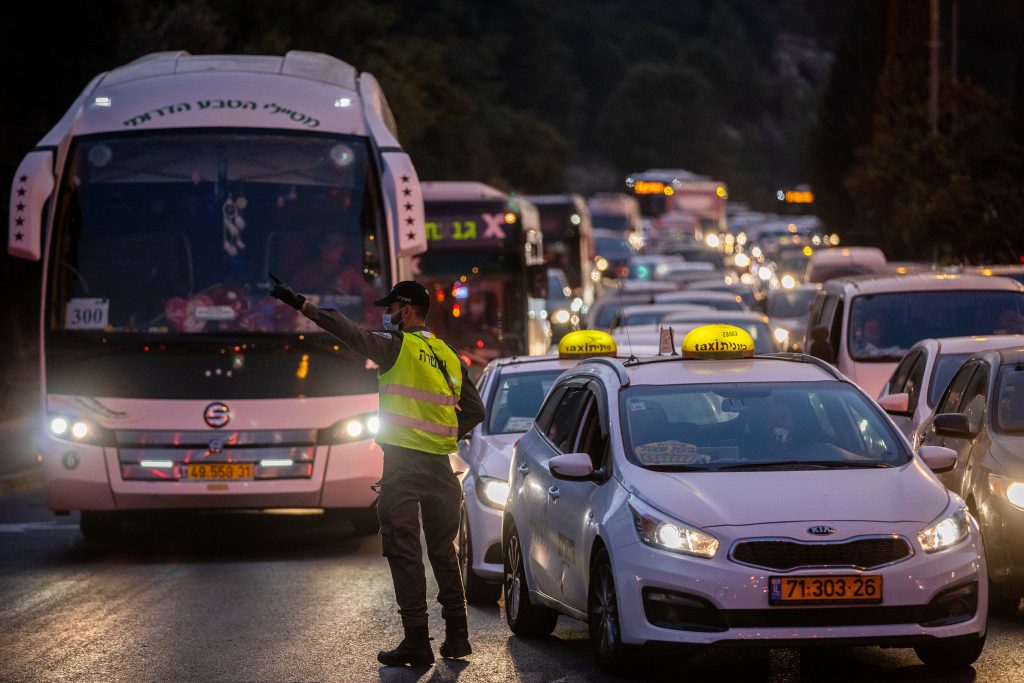 Israeli Prime Minister Binyamin Netanyahu‏‏ has shelved a proposal for a night curfew to curb the Covid pandemic after encountering strong opposition within the government, according to media reports on Sunday.

“We understand that it is neither practical nor on the agenda,” Netanyahu reportedly said, retreating in the face of arguments from the new coronavirus czar and the police that the curfew is not an effective measure.

“There is no real effectiveness to a night curfew, and at this stage it should not be applied as a means to allow further opening,” Nachman Ash, who has taken over from the previous coronavirus point man Ronni Gamzu, told the ministers, according to the Kan public broadcaster.

The Israel Police also weighed in against curfews, saying that the public can easily circumvent them by holding weddings and other events before the curfew time. They added that the measure is effective in a limited area and for a limited period of time, police were reported to tell the cabinet.

The Health Ministry was also said to be against curfews.

But it seemed Ash was not against curfews in all cases. As an alternative, he proposed curfews on 10 “orange” cities (with moderate infection rates) and a full lockdown on six “red” cities, Channel 12 reported.

“This will put us in a situation where the morbidity in the orange cities does not get out of control,” Ash said. The matter is under consideration.

The discussion takes place as Israel struggles to keep the infection levels down to an acceptable number, so as to avert any further lockdowns, which have had a crippling effect on the economy and education.