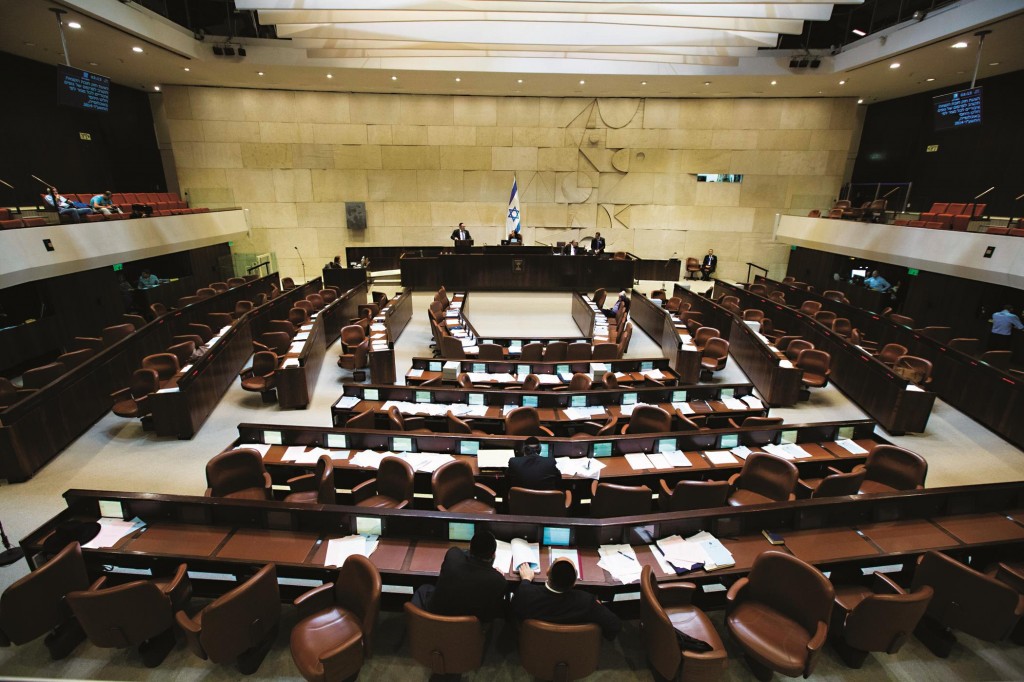 By a vote of 65-0, the Knesset plenum on Wednesday approved in a first reading a bill for freezing the salaries of MKs.

The bill, submitted of behalf of the House Committee, chaired by MK Eitan Ginzburg (Blue and White), will freeze the salaries of MKs between 2021 and 2022, preventing any increase.

The salary of those holding office is expected to rise by about NIS 6,500 in January 2021, in accordance with the average salary in the economy. The salary for MKs currently stands at NIS 45,274. Ministers and the opposition leader receive NIS 50,673. The explanatory notes attached to the bill state that by freezing their salaries MKs will be “setting a personal example and strengthening the public’s trust in the Knesset and the elected officials.”

“The annual increase in the salary of MKs is scandalous in itself, and stems from the fact that their salary is not determined by a public committee, but by the members of Knesset themselves – an issue the Knesset has discussed in a separate bill.”

During the debate that preceded the vote, MK Ginzburg said, “This year, due to the corona crisis, an unusual increase is expected in the average salary in the economy, and I think it is quite obvious to all those who sit in this house that it would not be proper for members of Knesset to benefit from an increase that stems from an economic crisis that has led to a large number of unemployed people who went on forced unpaid leave, which immediately distorts the average salary in the economy.”

MK Oded Forer (Yisrael Beytenu) said, “I am sick and tired of this joke you are running here at the public’s expense… You all know full well that the path to freezing the salary does not have to pass here in three readings. You don’t even have to physically go to the office of the Knesset’s accountant. You need to write a letter, just as all the members of Yisrael Beytenu had back in December of last year, and ask him not to update the salary. Some of my friends in the Opposition are great at babbling about it, but when the time comes to go sign at the accountant’s office, suddenly they disappear.”