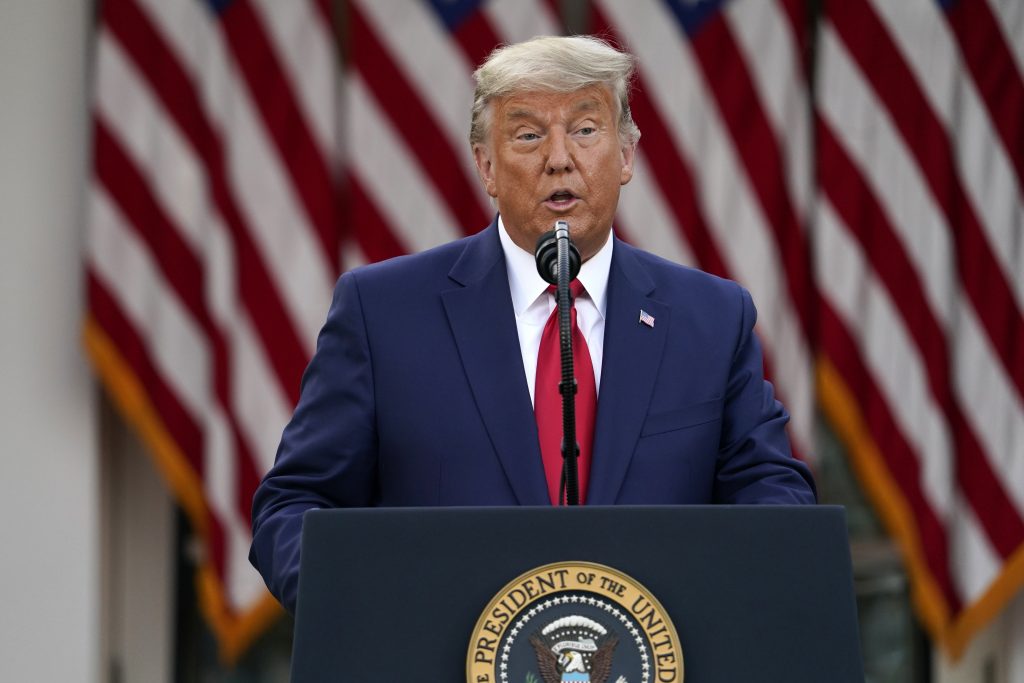 Gliding over significant challenges still to come, President Donald Trump offered a rosy update on the race for a vaccine for the resurgent coronavirus.

Trump spoke from the Rose Garden Friday as the nation sets records for confirmed cases of COVID-19, and as hospitalizations near critical levels and fatalities climb to the highest levels since the spring. He said a vaccine would ship in “a matter of weeks” to vulnerable populations, though the Food and Drug Administration has not yet been asked to grant the necessary emergency approvals.

As states impose new restrictions in the face of rising caseloads, Trump asked all Americans to remain “vigilant.” But he ruled out a nationwide “lockdown” and appeared to acknowledge that the decision won’t be his much longer.

Trump said vaccines would “arrive within a few weeks,” saying they were ready and merely awaiting approval — and would be given “to high-risk individuals right away.”

Dr. Moncef Slaoui, head of Operation Warp Speed, the effort to get a vaccine to market as speedily and safely as possible, vouched for the safety of the vaccines in development. “While we are not there yet, we are close to the objective” to having a vaccine ready for deployment by the end of the year, he said.

Trump said he would not ship vaccines to hard-hit New York until Democratic Gov. Andrew Cuomo signs off, noting that the state has promised to do its own review to ensure their safety. “The governor will let us know when he’s ready,” Trump said.

“As soon as they get us the drug, we are ready to distribute it,” Cuomo said.