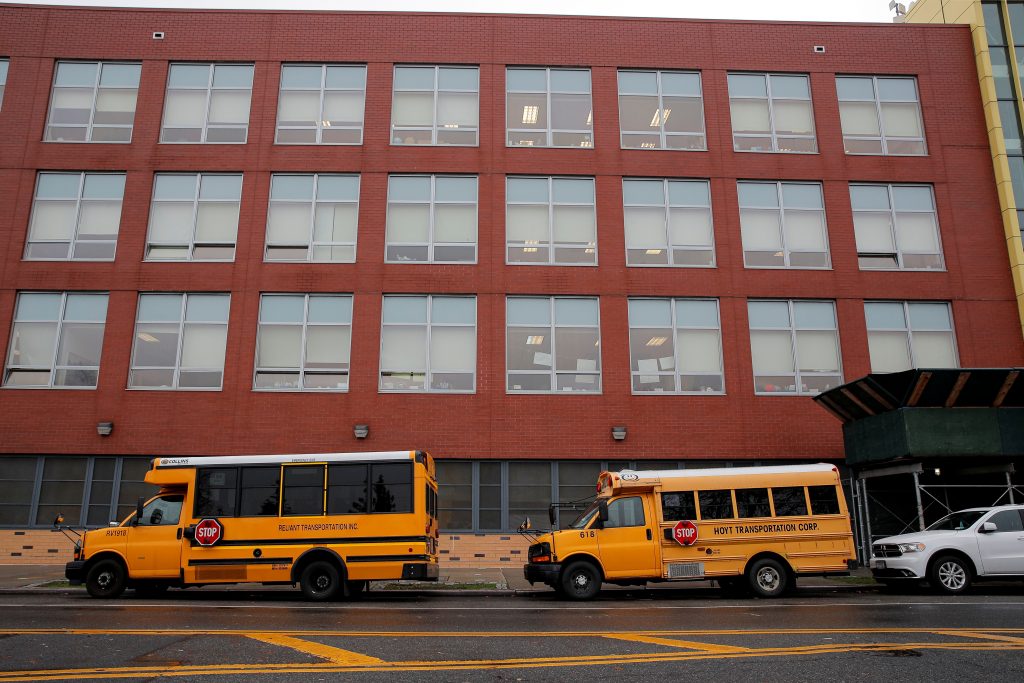 Students, parents and teachers continued anxiously watching New York City’s coronavirus test results as the latest figures Saturday fell under the city’s threshold for shutting down school buildings, but the mayor warned that the city was at a “crucial” point in fighting the virus’s resurgence.

Mayor Bill de Blasio cautioned parents and teachers Friday to plan for a potential school shutdown as soon as Monday, saying the city could cross its deciding line — 3% of coronavirus tests citywide coming back positive over a seven-day period — over the weekend.

“But that could change,” the Democratic mayor tweeted, warning that the city was facing “a critical weekend” in combating the pandemic.

“We MUST fight back a second wave to keep our schools open,” he said.

From Albany, Gov. Andrew Cuomo suggested the city’s decision shouldn’t hinge only on the 3% marker for tests citywide. The city should also consider the rate of positive results among tests done specifically on school students and staffers, he opined in a telephone news briefing.

He stressed that parents and teachers should have a say, and any change to the school-closing standards “has to be a collective decision.”

But “I would suggest that they have this discussion,” added Cuomo, who has often been at odds with de Blasio over pandemic-fighting measures.

A message seeking comment on the governor’s suggestion was sent to de Blasio’s office.

Asked previously whether he would consider altering the criteria for a citywide school closure, the mayor has said it’s important to stick to what the city said it would do.

“We set a standard, and we asked everyone to trust in it. And part of keeping trust is staying consistent,” he said Friday on WNYC radio.

Cuomo, however, argued that school-specific testing of students and staffers was introducing new data into the equation and should be taken into account.

New York City has the nation’s largest public school system. It became one of the few big-city systems to reopen classrooms this fall after the pandemic forced schools online in the spring.

Families of New York’s more than a million students could choose to stick with all-remote learning for the fall, or to try a new “hybrid” plan involving some days in school and others remote.

About 280,000 students have attended in person, far fewer than the city originally expected.

So far this fall, the city has responded to virus cases among students and staffers by closing specific classrooms and school buildings, rather than the entire system.

After becoming an early U.S. epicenter of the pandemic, New York City tamped the virus down to fairly low levels this summer, but they began to rise again in the fall. The city has reported over 11,000 new cases in the last two weeks, compared to less than 4,000 in the first two weeks of September.

Still, the virus’s toll is far from its April peak. An average of about eight people a day have died of the virus in the city over the last two weeks, compared to an average of more than 700 a day in the first two weeks of April, according to city statistics.