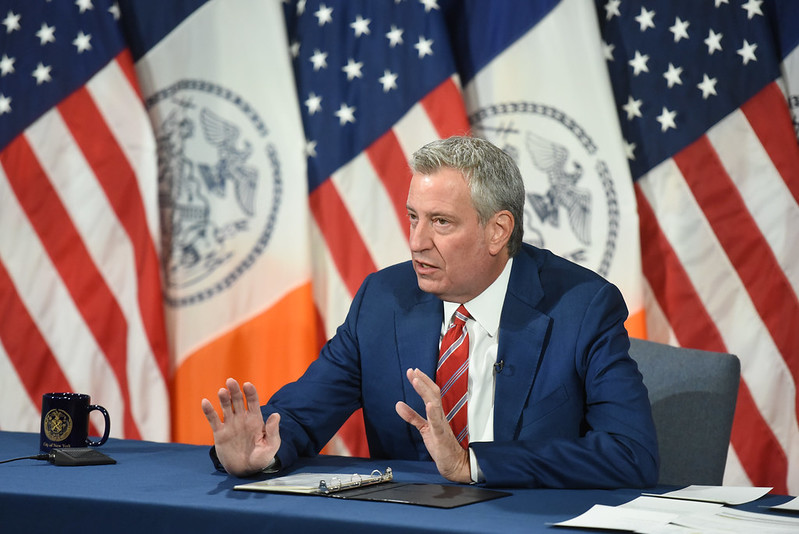 At his daily press conference on Thursday, New York Mayor Bill de Blasio warned that schools across the city will be closed once the citywide positivity rate reaches 3%.

The mayor had previously said that he would close the system if the citywide COVID-19 infection rate hit 3% as a rolling seven-day average.

When asked if he will do so, the mayor replied that “there’s still a chance to turn that around, obviously, but we’re preparing for that possibility.

“It’s a rule we’ve put out there very clearly. And if any day we see in the morning, the indicators come out and have reached that level then we will move immediately. The next day schools will be shut down. But there’s still a chance to do something to avert that. And that’s why it’s so urgent that everyone does what we’re calling upon them to do, to help protect our schools, which have been extraordinarily safe, thank G-d,” de Blasio said at his daily briefing.

The mayor added that even though some experts have pointed to the lower transmission among younger students, and while there has actually been a very low level of transmission in the New York schools, still if the city does get to a closure point, “we’re then going to assess what we need to do to come back as quickly as possible. And at that point, we’ll look at a variety of options because we have something now we didn’t have before, evidence about how schools would actually end up being in this and how things would end up working in this environment. And so, now we’ll take that information and that will determine – if we get to that point, it will determine the road back.”