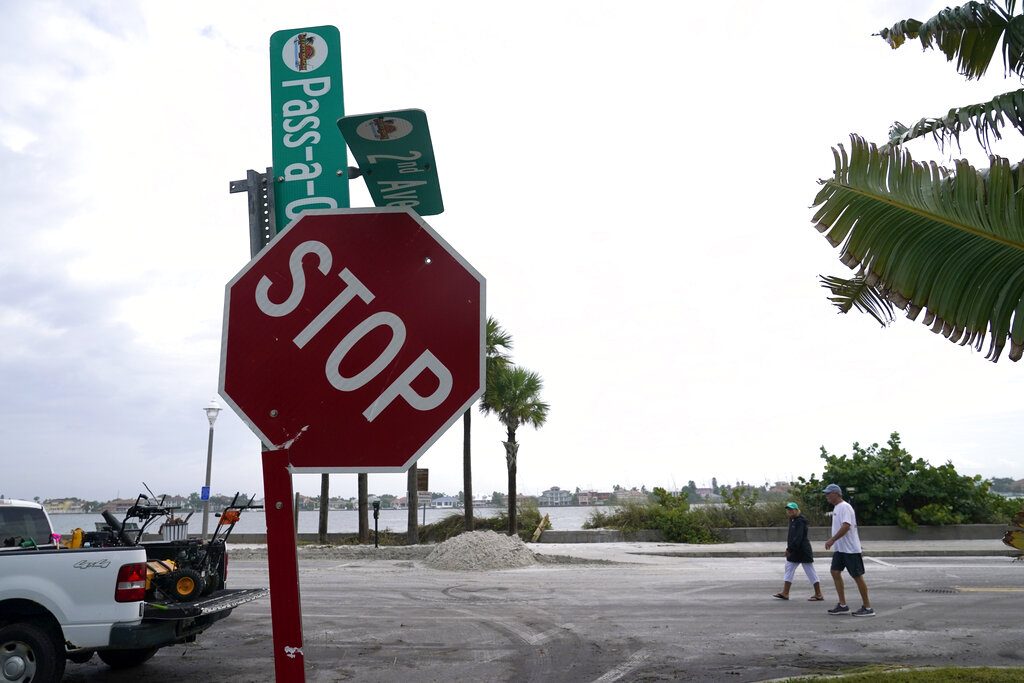 Tropical Storm Eta dumped blustery rain across north Florida after landfall Thursday morning north of the heavily populated Tampa Bay area, and then sped out into the Atlantic off of the neighboring coasts of Georgia and the Carolinas.

Some flooding was reported, but no major damage though one death in Florida was linked to the storm.

Some parts of the Carolinas saw three to seven inches of rainfall by Thursday afternoon due to a combination of moisture carried by the cold front that pushed Eta across Florida and moisture from the Gulf of Mexico brought in by the tropical system.

“It’s unfortunately been a tough day for the Carolinas today,” LaCourte said.

Earlier, Eta slogged ashore near Cedar Key, Florida, before moving northeast across the state, according to the National Weather Service in Miami. The storm emerged into Atlantic waters early Thursday afternoon and was forecast to pass just offshore of South Carolina and North Carolina as it races up the Southeast seaboard through Friday morning.

Although it was not the most powerful storm to hit the U.S. this year, Eta still had broad impact across the Tampa Bay region, which is home to more than 3.5 million people across five coastal counties. No mandatory evacuations were ordered, but authorities opened shelters for anyone needing them. Local media reported only a handful of people showed up.

President Donald Trump approved a federal emergency declaration for 13 counties along or near the Gulf coast, adding them to South Florida counties the storm struck previously.

The storm had meandered in the Gulf of Mexico earlier this week after crossing over South Florida on Sunday.

Eta first hit Nicaragua as a Category 4 hurricane and killed at least 120 people in Central America and Mexico, with scores more missing. It then moved into the Gulf of Mexico early Monday near where the Everglades meet the sea.

Eta then crossed over the Florida Keys island chain at Lower Matecumbe Key, but the densely populated areas of Miami-Dade and Broward counties to the northeast bore the brunt with heavy rainfall and flooding.

It was the 28th named storm of a busy Atlantic hurricane season, tying the 2005 record for named storms. A 29th named system, Tropical Storm Theta, was centered Thursday about 455 miles (730 kilometers) south-southwest of the Azores and moving east.