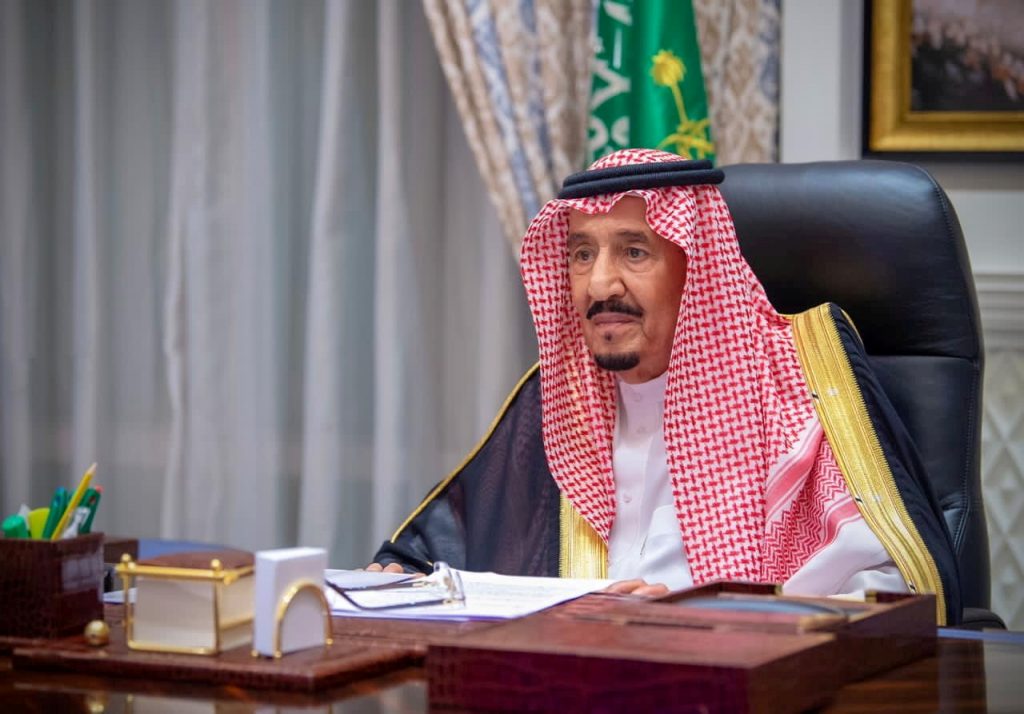 Saudi Arabia’s King Salman bin Abdulaziz urged the world on Thursday to take “a decisive stance” to address efforts by Iran to develop nuclear and ballistic missile programs, in an annual address to the top government advisory body.

“The kingdom stresses the dangers of Iran’s regional project, its interference in other countries, its fostering of terrorism, its fanning the flames of sectarianism and calls for a decisive stance from the international community against Iran that guarantees a drastic handling of its efforts to obtain weapons of mass destruction and develop its ballistic missiles program,” the king said.

They were the 84-year-old ruler’s first public remarks since he addressed the United Nations General Assembly in September via video link, where he also took aim at Iran. Sunni Muslim Saudi Arabia and Shiite Iran are locked in a decades-long struggle for influence across the region, supporting opposing sides in conflicts from Syria to Yemen.

There was no immediate reaction from Iran to the king’s remarks. Tehran has previously described Saudi statements against it as “baseless allegations” and denies arming groups in the Middle East.

State news agency SPA published a full transcript of the king’s speech after midnight. State media carried photos of what appeared to be the king virtually addressing council members from his palace in Neom.

King Salman was hospitalized for several days over the summer, suffering from inflammation of the gall bladder for which he had surgery.

Tensions have risen in the region since President Donald Trump pulled the United States out of a landmark nuclear deal with world powers in 2018 and re-imposed stringent economic sanctions on the Islamic Republic.

Saudi Crown Prince Mohammed’s relationship with Trump had provided a buffer against international criticism over Riyadh’s rights record, sparked by the murder of Saudi journalist Jamal Khashoggi, Riyadh’s role in Yemen’s war and the detention of women activists.

Those areas may now become points of friction with Joe Biden, who pledged in his campaign to reassess ties with the kingdom, a major oil exporter and buyer of U.S. arms.

Saudi Arabia was an enthusiastic backer of Trump’s “maximum pressure” campaign on Iran. But Biden has said he would return to a 2015 nuclear pact between world powers and Tehran, a deal negotiated when Biden was vice president in Barack Obama’s administration.

In Yemen, where Saudi Arabia leads a military coalition battling the Iran-aligned Houthis in a nearly six-year war that has killed tens of thousands, King Salman said the kingdom continues to support U.N.-led efforts to reach a political settlement.

He also condemned the Iran-aligned Houthi movement’s “deliberate and methodological” targeting of civilians inside Saudi Arabia via drones and ballistic missiles.

Riyadh was working to guarantee the stability of global oil supplies to serve both producers and consumers, despite COVID-19’s impact on oil markets, the king said.

He repeated his long-standing support for a two-state solution to the Israel-Palestine conflict, but did not refer to the U.S.-brokered agreements signed between the United Arab Emirates, Bahrain and Sudan to normalize ties with Israel, part of a strategic realignment against Iran.

Riyadh has quietly acquiesced to the UAE and Bahrain deals, though it has stopped short of endorsing them, and has signaled it is not ready to take action itself.

The king spoke days before the Group of 20 summit, which Saudi Arabia is hosting virtually this year.

Prince Mohammed had denied ordering Khashoggi’s killing but in 2019 he acknowledged some personal accountability by saying that it happened on his watch. Riyadh has jailed eight people for between seven and 20 years in the case.