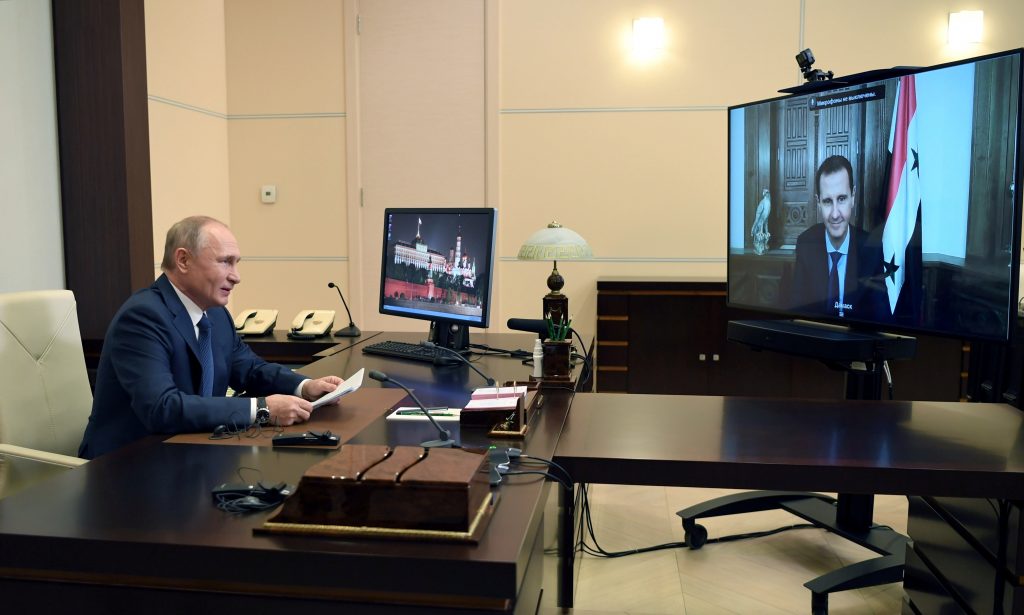 Syrian President Bashar al Assad on Wednesday blamed U.S. sanctions and pressure on Syria’s neighbors for the reticence of more than 5 million refugees who fled the conflict there to return.

Of Syria’s 17 million people, 5.5 million are living as refugees in the region, mostly in Turkey, and a further 6 million are uprooted within their own country.

Western countries and all of Syria’s neighbors, with the exception of Lebanon, say conditions are not safe for the voluntary return of refugees, many of whom fled from Russian and Syrian government bombing of their towns during the course of the decade-old conflict.

“There are many hurdles,” Assad said, at the opening of a conference in Damascus, co-hosted by Moscow, that has been boycotted by Washington, the European Union and most of Syria’s neighbors that host the bulk the refugees.

He said millions of refugees were being forced to stay in host countries by “pressure or intimidation” and that host states were enticing them financially while benefiting from international aid for them.

Assad said U.S.-led sanctions were hampering flow of much needed funds for reconstruction that would create jobs that would entice more refugees to return.

EU policy chief Josep Borrell said on Tuesday the body had turned down an invitation to attend the conference as “the priority at present is real action to create conditions for safe, voluntary, dignified and sustainable return of refugees and internally displaced persons to their areas of origin”.

He cited obstacles to a safe return that included indiscriminate detention, torture and inadequate basic services.

Russia’s Foreign Minister Sergei Lavrov criticized Washington and its allies for declining to attend the conference and blamed Assad’s opponents who backed insurgents for the exodus of millions of Syrians.

“We consider this approach of our opponents yet another evidence of double standards concerning Syria,” Lavrov said in a speech delivered by President Vladimir Putin’s envoy for Syria, Alexander Lavrentyev.

Putin last week praised Assad for his efforts to try to get more than 850,000 Syrians back home, saying it was crucial for the country’s “post-conflict recovery.”