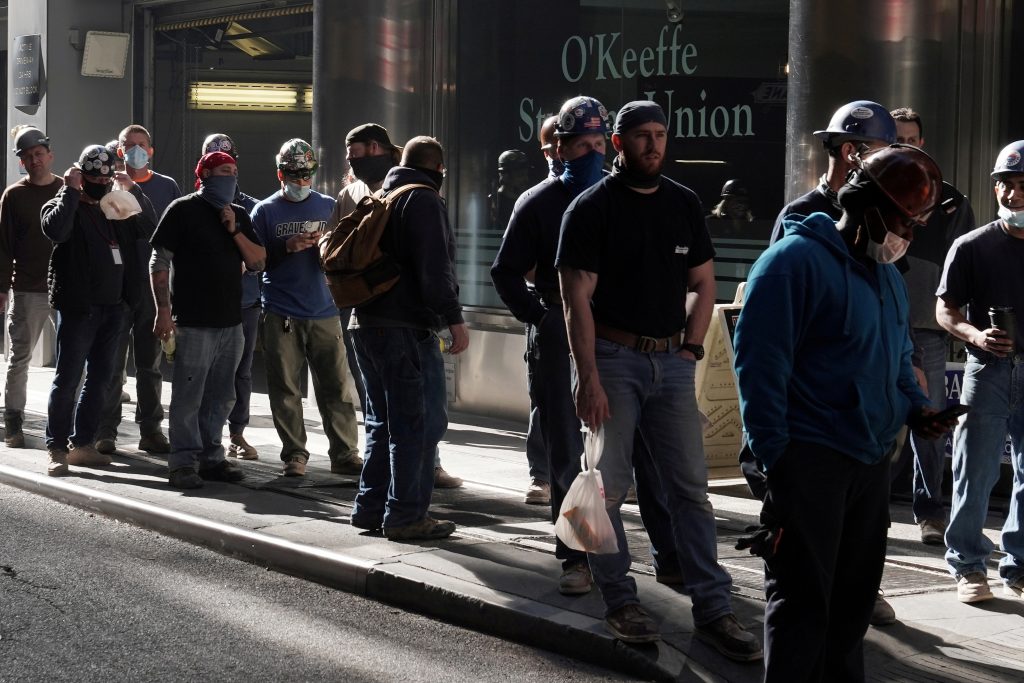 California and several states across the U.S. Midwest tightened restrictions on residents on Tuesday as the nation’s top infectious disease specialist called on Americans to remain vigilant until a vaccine can be approved and distributed.

The new clampdowns were announced as the number of COVID-19 infections surged again in the United States with the onset of colder weather, straining hospitals and medical resources in some cities.

California has seen coronavirus hospitalizations spiral by 32% over the past two weeks, Dr. Mark Ghaly, the state’s health and human services secretary, told reporters at a briefing. Intensive-care unit admissions had spiked by 30%, he said.

Three California counties home to about 5.5 million people – San Diego, Sacramento and Stanislaus – must reverse their reopening plans and go back to the most restrictive category of rules as a result of the spikes, Ghaly said.

Those regulations ban indoor dining in restaurants, as well as indoor activities in gyms and religious institutions.

“We anticipate if things stay the way they are … over half of California counties will have moved into a more restrictive tier” by next week, Ghaly said.

In Minnesota, Governor Tim Walz announced new restrictions as the Midwestern state reported record-high daily COVID-19 hospitalizations, and medical systems said they may struggle to cope with the surge.

Minnesota reported 1,224 coronavirus hospitalizations on Tuesday, up from 1,084 the previous day, according to a Reuters tally.

Beginning on Friday, restaurants and bars in Minnesota must close dine-in services between 10 p.m. and 4 a.m. and keep the number of patrons below 50% of capacity. The governor’s order also includes private social gatherings, which must be limited to 10 people from three households or less.

The data shows that the United States is experiencing its worst phase so far of the outbreak. It has reported more than a million new cases in the past 10 days, according to the Reuters tally, the speediest surge in infections since the country reported its first COVID-19 cases, in Washington state, 294 days ago.

More than 770,000 new cases were diagnosed in the week ended Nov. 10, up 34% over the previous seven days, according to the tally. The country has reported a total of around 10.13 million cases.

Deaths over the week to Nov. 10 increased 15%, or more than 6,600 people, over the previous week. That was the highest one-week total since mid-August, taking the overall death toll for the pandemic to more than 238,000.

About 59,000 COVID-19 patients were hospitalized across the United States as of Monday, the country’s highest-ever number of in-patients being treated for the disease. Daily new infections exceeded 100,000 for the sixth consecutive day.

The number of Americans with COVID-19 currently hospitalized has surged around 73% over the past 30 days to at least 59,008 – a record level that surpasses the previous high of 58,370 on July 22. Daily new infections, meanwhile, exceeded 100,000 for the sixth consecutive day.

Hospitalizations are a key metric of the pandemic because, unlike case counts, they do not rise and fall with the number of tests performed.

The United States has logged the greatest number of cases and deaths.

Fauci earlier on Tuesday welcomed the Pfizer vaccine announcement but warned the winter months promised to bring more infections as people stay indoors. Health officials were reporting more infections from small gatherings, an indication the virus is being spread by asymptomatic people, he said in a television interview.