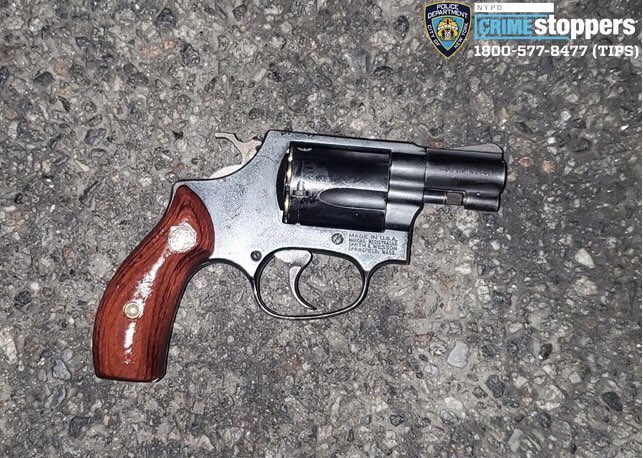 An off-duty police officer shot and wounded an armed man during an attempted carjacking in Brooklyn early Wednesday, police said.

The officer fired after the man had shot at him and barely missed him, Chief of Detectives Rodney Harrison said at a news conference at the shooting scene.

The confrontation happened just after 2 a.m. in the Canarsie neighborhood. The officer was driving home when a man approached his car and knocked on the driver’s-side window with a gun, Harrison said.

The officer pulled away and got out of his car, Harrison said. The man fired at the officer and the officer returned fire, striking the other man in the chest, he said.

The would-be carjacker was hospitalized in serious condition, police said. His name was not immediately released. Charges against him were pending. The officer was evaluated for tinnitus, Harrison said.

Harrison said there was no indication that the man was intentionally targeting a police officer.

Two guns and a knife were recovered at the scene, he said.