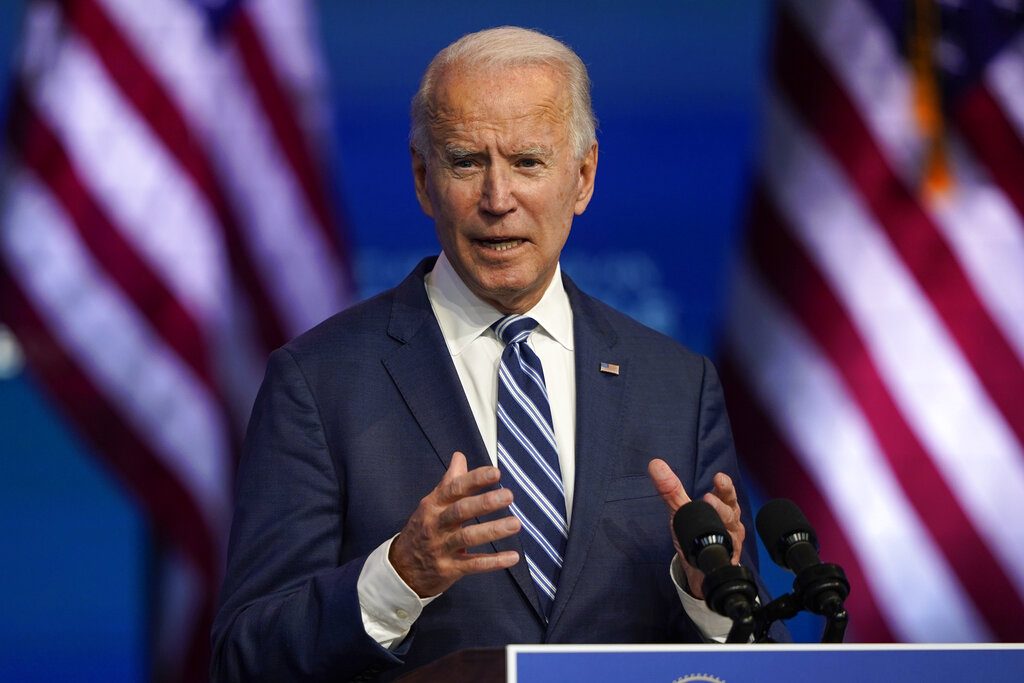 Joe Biden will inherit a vulnerable economic recovery under threat from a resurgent virus, likely with a divided Congress that will hinder his ability to address the challenges.

Yet despite the obstacles, the former vice president and senator will pursue a drastic shift in America’s economic policy. He has vowed to reverse much of the Trump administration’s aggressive deregulation and indifference to domestic spending and economic development in favor of big investments in education, infrastructure and clean energy. He wants stricter rules to rein in big tech companies and to fight climate change.

And to help pay for it all, Biden would turn to large tax increases for corporations and wealthy individuals by reversing much of President Donald Trump’s tax cuts.

Biden is already distinguishing himself from Trump in his approach to the pandemic, which economists generally see as the gravest threat to the recovery. Trump saw the pandemic’s impact on the economy through the lens of government-mandated shutdowns: He argued that to fight the pandemic by imposing curbs on face-to-face businesses like restaurants — the approach favored by most health experts — was to doom the economy.

Biden’s view reflects the warning from most economists that until the virus is controlled, the economy cannot fully recover.

“It starts with doing everything possible to get the COVID-19 under control,” Biden said Monday, “so that we can reopen our businesses safely and sustainably.”

Most economists, along with Federal Reserve Chair Jerome Powell, are warning that the economy needs more rescue aid from Congress.

The $2 trillion aid package that Congress approved in March is widely credited with fueling a sharp economic rebound this summer. But that stimulus is largely exhausted. Without additional aid, the hardships for roughly 10 million jobless Americans and thousands of struggling small businesses will deepen, along with the economy.

Biden’s election victory makes another shot of stimulus spending more likely, though probably not until after his inauguration in January. A package of $1 trillion to $1.5 trillion would add as much as 4.5% to growth next year, according to Capital Economics. That would be enough to return the economy to its pre-pandemic level by the end of 2021. Most economists note that the economy’s painfully sluggish recovery from the 2008-2009 Great Recession was due in large part to government spending limits that took effect in 2010.

Unlike Trump, Biden regards big increases in spending on social, education and development programs as critical to longer-term growth. Biden has proposed nearly $5.4 trillion in new spending over the next decade, according to the University of Pennsylvania’s Penn Wharton Budget Model. That includes $1.9 trillion on education and $1.6 trillion on new infrastructure — roads, bridges, highways and other public structures — and research and development.

On trade, Biden will jettison Trump’s go-it-alone style in confronting China. Instead, Biden says he will seek to build alliances with Europe and Japan to confront China’s government subsidies, intellectual property rights violations and market restrictions, among other trade concerns.

Still, Democrats in Congress are suspicious of China, and trade tensions will likely persist.

Biden could continue the government’s rising efforts to curb the outsize power of the tech industry. The Trump administration launched what could be a landmark antitrust case against Google that will likely continue.