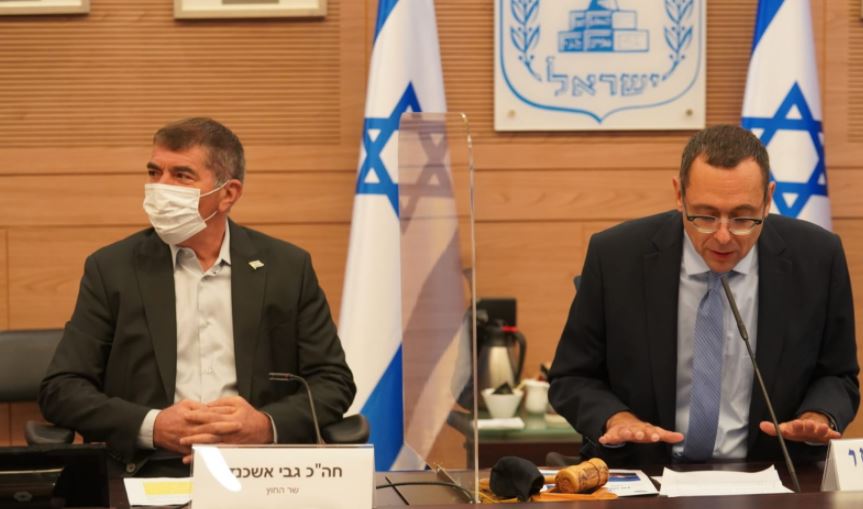 Foreign Minister MK Gabi Ashkenazi (Blue and White) took part in Wednesday’s meeting of the Foreign Affairs and Defense Committee. Committee Chairman MK Zvi Hauser (Derech Eretz) opened the meeting by telling Ashkenazi that he is heading the Foreign Ministry during a “defining moment in the State of Israel’s foreign relations.”

The two eras that changed Israel’s foreign relations, Hauser said, were the “wave of renewed relations between Israel and other countries following the fall of the Soviet Union – Russia, China and more than a few other countries – and I hope that we are at the beginning of another wave.”

Hauser said he hopes the Foreign Ministry will also work so that countries will recognize Israel’s sovereignty over the Golan Heights. “Any decent person understands that an Israeli [withdrawal] from the Golan Heights is no longer a possibility. These are hard facts, and it is time that the world will also recognize those changes in the Middle East following the collapse of the systems around us here, as well as the fact that Israel is sitting on the Golan Heights and will remain there.”

Ashkenazi said the “changing of the regional dialogue from a dialogue of annexation to a dialogue of peace and normalization opened a window of opportunity for tightening and establishing diplomatic relations with additional countries, as well as for more economic cooperation in cross-ministerial fields.

“The Foreign Ministry is the professional body that needs to integrate the State of Israel’s foreign policy and Israel’s activity in the international arena. It is the supreme professional authority in the field of foreign policy, and it is its responsibility to be a body that coordinates, leads and integrates the international activity,” said Ashkenazi.