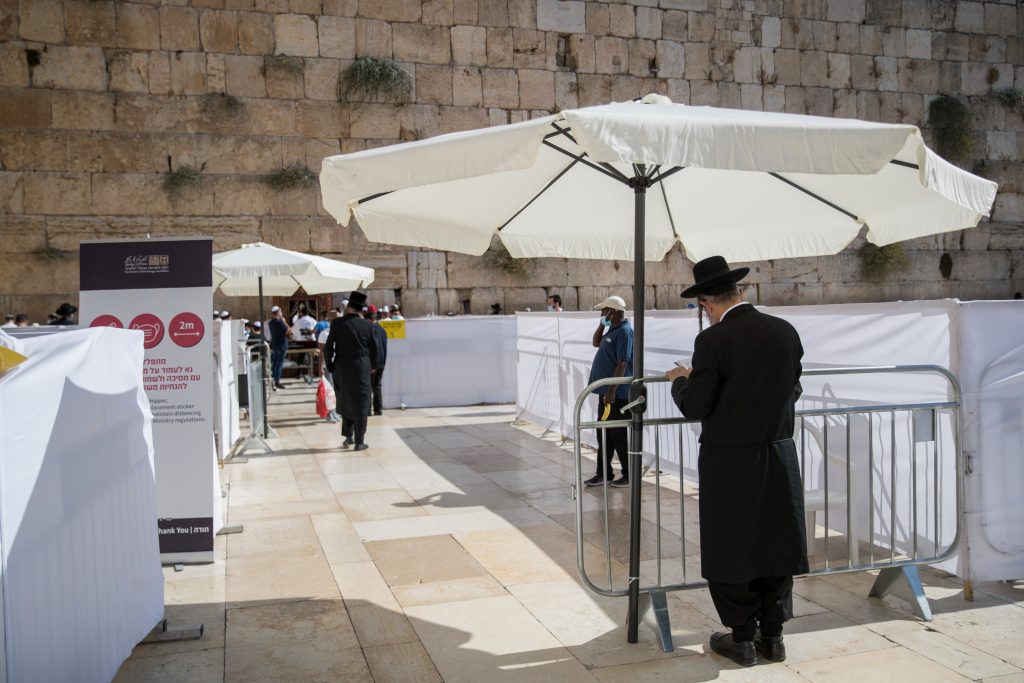 “We have not achieved herd immunity in the chareidi community. In recent days we recognize that the decrease in new infections is static or even slightly on the rise.”

Numa pointed out the decrease in the number of tests in the chareidi sector: “When we look at a sample of 10,000 people, countrywide that would translate to 37 tests, while in the chareidi community about 24 tests. The issue of tests occupies us very much. It has to do with motivation to be tested.

“However, we are seeing a decline in hospitalized and deceased people in the chareidi community. It is very encouraging. It is a reflection of the decline in infection. I see the clues. It is impossible to hide it.”

Regarding the capsule plan in the yeshivah world, Numa updated: “So far, 146 verified patients have been found in the yeshiva world, out of 17,170 subjects. We do not currently see any reason to close yeshivas, we follow what is happening. We want to see more testing, though.”

As to weddings, Noma says: “I am very disturbed by what I am hearing. There are weddings with hundreds of participants in some cases. This is completely against regulations and very disturbing as are the large Shabbos simchos.”

Numa expounded on the decline in infection: “There were people who deviated from the rules and did all sorts of things, but in general most of the public was meticulous about what we asked for. It should be said honestly. There were fewer mass events and tischen.  There’s an internalization of some things.”

Regarding the issue of fines, Numa said: “For weddings they should be more strict, in educational institutions, there should be a situation where there is no choice. If fines are not a deterrent, then there is no point in them. There are those whom 10,000 will deter them and there are [who will be deterred by] 100,000. So it’s a useless tool, what good are sages?”

As for the shuls, the Maj. Gen. explained: “As to the issue of not gathering in closed places, including synagogues. It should be remembered that there is no shul plan. As part of the regulations, it is permissible to daven in a group of 12 people indoors. In some places they are meticulous about this rule and in others, not.”