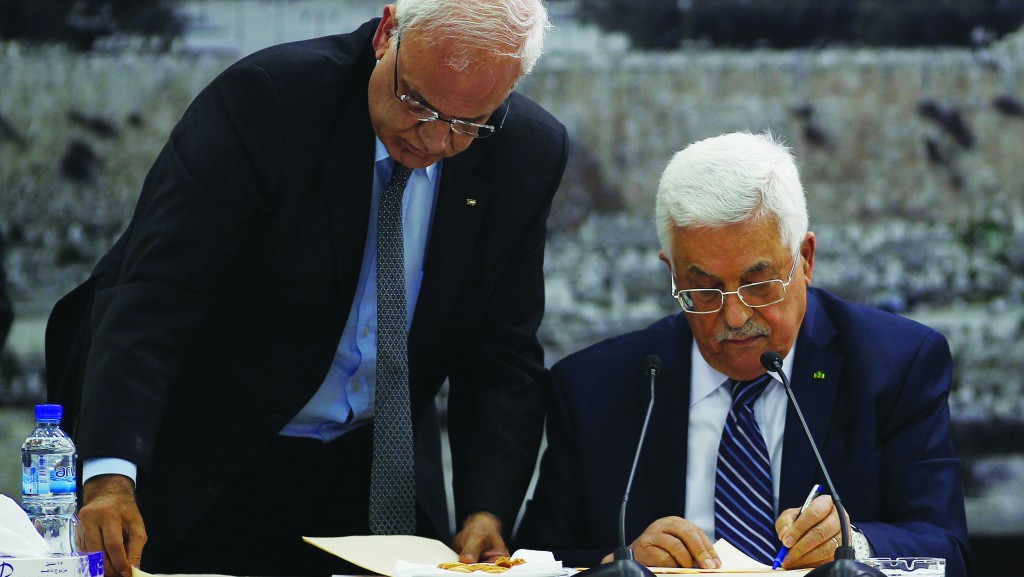 Saeb Erekat, a prominent Palestinian spokesman for decades, died on Tuesday after contracting COVID-19, a senior member of his Fatah party said. He was 65.

Chief negotiator in U.S.-brokered peace talks with Israel that collapsed in 2014, Erekat was also secretary-general of the Palestine Liberation Organization and a member of its most powerful faction, Fatah.

He was a strong advocate of a two-state solution of the conflict with Israel and a sharp critic of its settlement policy on occupied land that he said could destroy prospects for a viable Palestine.

Erekat confirmed on Oct. 8 that he had been infected with the coronavirus. In 2017 he underwent a lung transplant in the United States, which suppressed his immune system.

He was rushed from his home in Yericho to the Hadassah Medical Center in Yerushalayim last month. Doctors placed him on a ventilator and in a medically induced coma after his condition deteriorated.