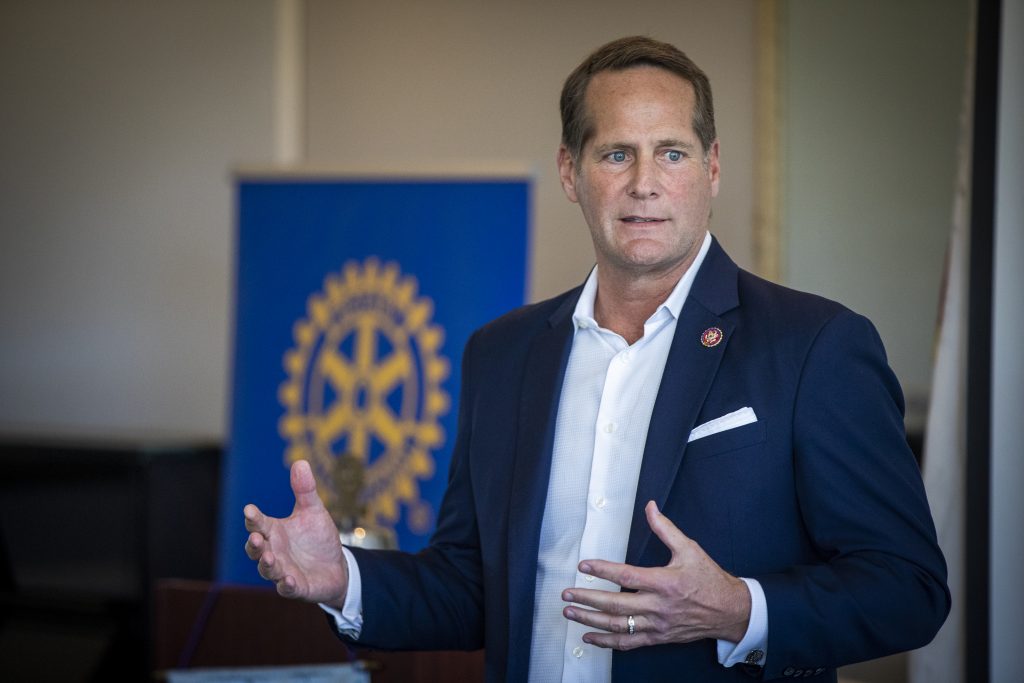 In a major win for the GOP, U.S. Rep. Harley Rouda conceded to his Republican opponent, Michelle Steel, in the race for California’s 48th Congressional District, one of several hard-fought contests in areas that until recently were considered conservative strongholds.

The election win hands back to Republicans one of several seats lost in 2018 when Democrats made big gains in Orange County and other red-leaning areas.

Steel will now serve as one of the first Korean American women in U.S. Congress, alongside newly elected Democrat Marilyn Strickland of Washington, who is of Black and Korean American heritage.

The 65-year-old’s success marks a major political reversal in purpling Orange County and a win for California’s Republican Party, which has lost power in recent years across the state.

“I was proud to be the first Democrat ever to represent California’s 48th Congressional District,” Rouda said in a statement. “While one campaign ends today, another is just beginning. I look forward to having voters compare my opponent’s two years in Congress with my accomplishments on Nov. 8, 2022.”

It was one of several tight races in which Republicans were trying to take congressional seats in red-leaning suburbs that Democrats grabbed during the 2018 “blue wave.” It’s unclear when the other races will be called. Trump lost to Biden in Orange County, but Republican candidates in down-ballot races appear to have done well in this election.

Challenger Young Kim, a former state assemblywoman, is trying to oust incumbent Gil Cisneros in their rematch for the 39th District. That race is close, with Kim slightly ahead.

Democratic Assemblywoman Christy Smith appears to have taken the lead over incumbent U.S. Rep. Mike Garcia in the race for the 25th Congressional District, according to the latest data from the Los Angeles and Ventura county registrar offices.

The roller-coaster race saw Garcia, a Republican, ahead by 432 votes entering Monday’s count. As of Tuesday morning, Smith held a 1,287-vote lead.

“Thank you for all your kindness, patience, and support,” Smith tweeted Monday night. “My team and I appreciate you! We will continue to honor the process as officials do their important work.”